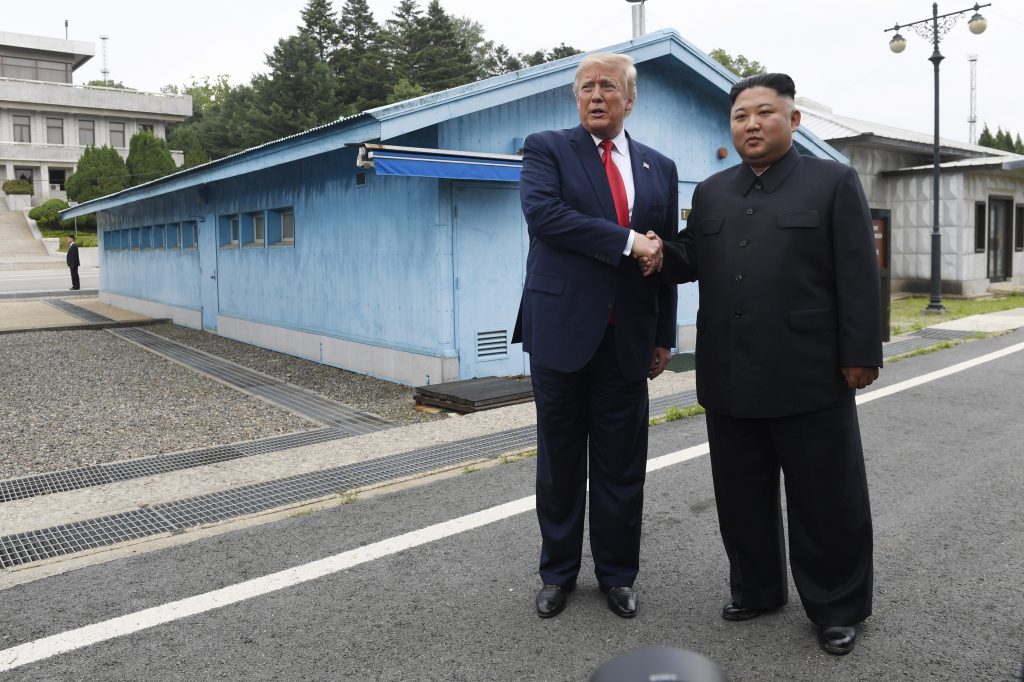 North Korea on Thursday accused U.S. officials of maintaining hostility against Pyongyang despite a “special” relationship between leader Kim Jong Un and President Donald Trump and urged Washington to act “wisely” through the end of the year.

The statement issued by Foreign Ministry adviser Kim Kye Gwan was clearly referring to an end-of-year deadline set by Kim Jong Un for the Trump administration to offer mutually acceptable terms for a deal to salvage their diplomacy.

“Contrary to the political judgment and intention of President Trump, Washington political circles and DPRK policymakers of the U.S. administration are hostile to the DPRK for no reason, preoccupied with the Cold War mentality and ideological prejudice,” Kim Kye Gwan said in the statement, referring to North Korea by its formal name, the Democratic People’s Republic of Korea. “We want to see how wisely the U.S. will pass the end of the year.”

Nuclear negotiations between Washington and Pyongyang have faltered after the collapse of a February summit between Kim Jong Un and Trump where the U.S. side rejected North Korean demands for broad sanctions relief in exchange for a piecemeal deal toward partially surrendering its nuclear capabilities.

The North made a series of short-range missile tests while Kim Jong Un said he would “wait with patience until the end of the year for the United States to come up with a courageous decision.”

Washington and Pyongyang resumed working-level discussions in Sweden earlier this month, but the meeting broke down amid acrimony, with the North Koreans calling the talks “sickening” and accusing the Americans of maintaining an “old stance and attitude.”

The North has since threatened to resume nuclear and long-range missile tests it suspended last year while pursuing diplomacy with the United States, while Kim Jong Un vowed to overcome U.S.-led international sanctions he said has both pained and infuriated his people.

Kim Kye Gwan said Kim Jong Un considers his relationship with Trump as “special” and that trust between the leaders was still intact.

“I sincerely hope that a motive force to overcome all the obstacles between the DPRK and the U.S. and to advance the bilateral relations in the better direction will be provided on the basis of the close relationship,” Kim Kye Gwan said.

In his mid-70s, Kim Kye Gwan is a veteran diplomat who led the North Korean delegation at much of the now-dormant six-nation nuclear disarmament talks held in Beijing in 2003-2008.

When asked about Kim Kye Gwan’s comments during a news conference, South Korean Foreign Minister Kang Kyung-wha said it was encouraging that the leaders of North Korea and the United States are expressing mutual trust and that Seoul hopes for the nuclear talks to produce substantial results.

South Korean President Moon Jae-in lobbied hard for the revival of nuclear diplomacy between Washington and Pyongyang, but the North in recent months has suspended virtually all dialogue and cooperation with the South amid the stalemate in nuclear negotiations. Pyongyang has demanded Seoul break away from Washington and restart inter-Korean economic activities held back by U.S.-led sanctions against the North.

Kim Jong Un has signed vague statements calling for the “complete denuclearization” of the peninsula in his meetings with Trump and Moon. But the North’s hardball attitude in past months has raised doubts on whether Kim Jong Un would ever voluntarily give away his nukes he may see as his strongest guarantee of survival.

North Korea for decades has been pushing a concept of denuclearization that bears no resemblance to the American definition, with Pyongyang vowing to pursue nuclear development until the United States removes its troops and the nuclear umbrella defending South Korea and Japan.