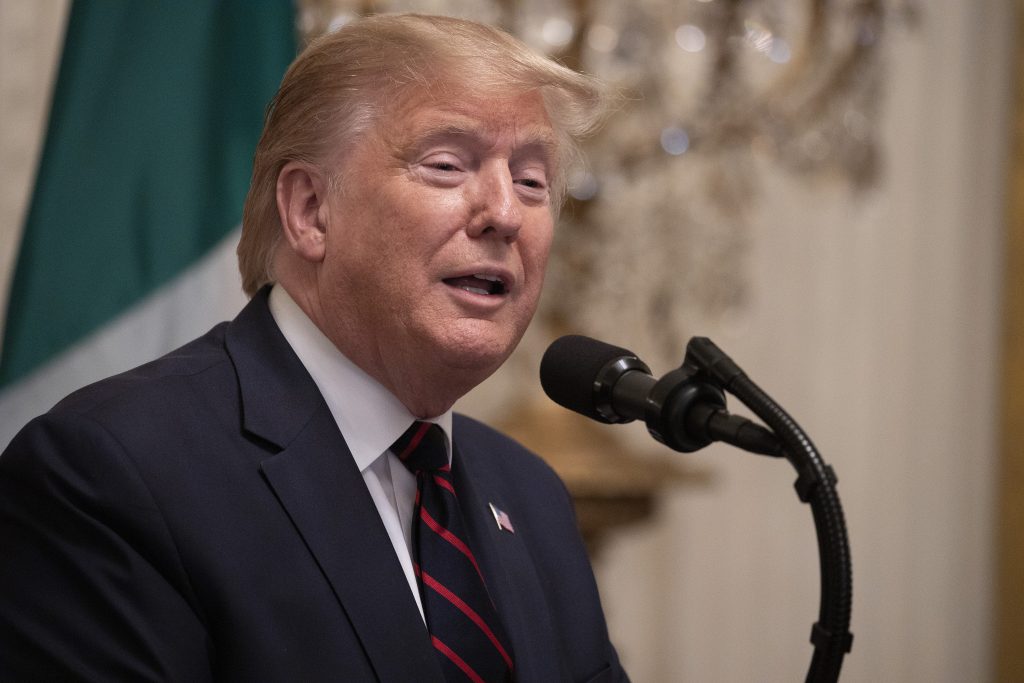 Claiming new progress against Islamic State terrorists in Syria, President Donald Trump said Friday that some European nations are now willing to take responsibility for detained IS fighters who are from their countries.

“Anyway, big progress being made!!!!” he exclaimed on Twitter. A day earlier, he had proclaimed that a U.S.-brokered ceasefire deal with Turkey marked “a great day for civilization,” though the deal’s effect was largely to mitigate a foreign-policy crisis widely seen to be of his own making.

In a series of tweets, Trump said he had spoken Friday to Turkish President Recep Tayyip Erdogan amid reports that fighting actually had not ended.

“He told me there was minor sniper and mortar fire that was quickly eliminated,” Trump tweeted, adding that there is “good will on both sides.” He said, “The U.S. has secured the Oil & the ISIS Fighters are double secured by Kurds & Turkey.”

Officials have said a number of IS fighters, likely fewer than 100, have escaped custody since Turkey launched its invasion last week.

Trump said nothing further about the European nations he contended had agreed to take some of the IS fighters.

After hours of negotiation in Ankara, the two nations Thursday agreed to a five-day ceasefire in the Turks’ deadly attacks on Kurdish fighters in northern Syria, but some fighting continued early Friday in a northeast Syrian border town. The Kurds were U.S. allies in the fight against Islamic State but came under assault after Trump ordered U.S. troops to leave the area earlier this month.

The agreement requires the Kurds to vacate a swath of territory in Syria along the Turkish border in an arrangement that largely solidifies Turkey’s position and aims in the weeklong conflict.

Vice President Mike Pence, who reached the deal with Erdogan, hailed the agreement as the way to end the bloodshed caused by Turkey’s invasion. But he remained silent on whether it amounted to a second abandonment of America’s former Kurdish allies, many of whom are branded as terrorists by Ankara. The deal includes a conditional halt to American economic sanctions and no apparent long-term consequences for Turkey for its actions.