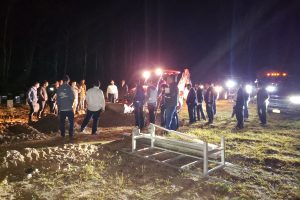 A meis mitzvah levayah was held Sunday night for a Jewish man raised by Christians after his parents were presumably killed in the Holocaust.

Several weeks ago, Robert Nadeau, an 82-year-old patient near death at the Elizabeth Nursing and Rehabilitation Center in Elizabeth, New Jersey, informed the nursing home’s Rabbi that he was Jewish, and requested that he have a Jewish burial.

Nadeau, who was born and raised in Poland, told the Rabbi that as an adult, his parents, who were Christian, informed him that they were not his biological parents. They said that his biological parents, who were Jewish, had given him to them as a baby, to hide during the Holocaust. They said he had already been circumcised when he had been brought to them. Nadeau, who was born on June 16, 1937, would have been 2 years old when World War II broke out.

His biological parents never returned to reclaim him, as they were presumably killed in the Holocaust.

He never married and had no family, and did not know anything about his biological parents, he told the nursing home Rabbi several weeks before his passing, and he requested that the Rabbi arrange a Jewish burial.

The Rabbi reached out to the Chesed Shel Emes organization, which performs around 100 meis mitzvah burials a year. When Nadeau was niftar Sunday morning, the organization was ready.

A plot was prepared at Chesed Shel Emes’s cemetery in Woodridge, New York. (The organization also owns several cemeteries in the upstate New York and Long Island area, which it took over from old Jewish organizations; the Woodridge cemetery was created anew, on the grounds of an old bungalow colony, five years ago; there are over 300 graves there now.)

Chesed Shel Emes made its usual arrangements for a minyan, by reaching out to nearby Mountaindale yeshivah and local Jews, and with social-media messages.

Around 20 people participated in the levayah Sunday night at the Woodridge cemetery, performing a chesed shel emes for yet another Holocaust victim. As the aron was escorted to the gravesite and lowered to the ground, the participants said the traditional perek of Yoshev B’seser Elyon. Then Kel Malei Rachamim was recited, followed by Kaddish. Robert Nadeau – real name unknown, family unknown, but with millions of Jewish brothers around the world – was thus brought to kevuras Yisrael, at rest among his people. 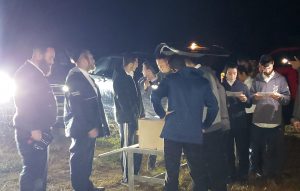 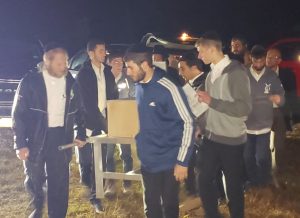 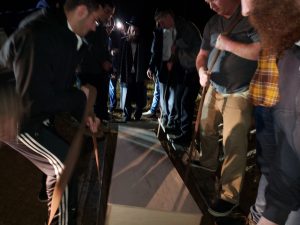 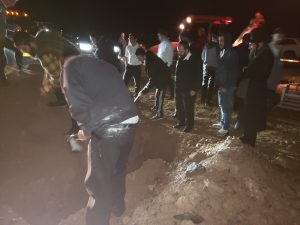 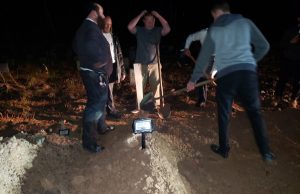