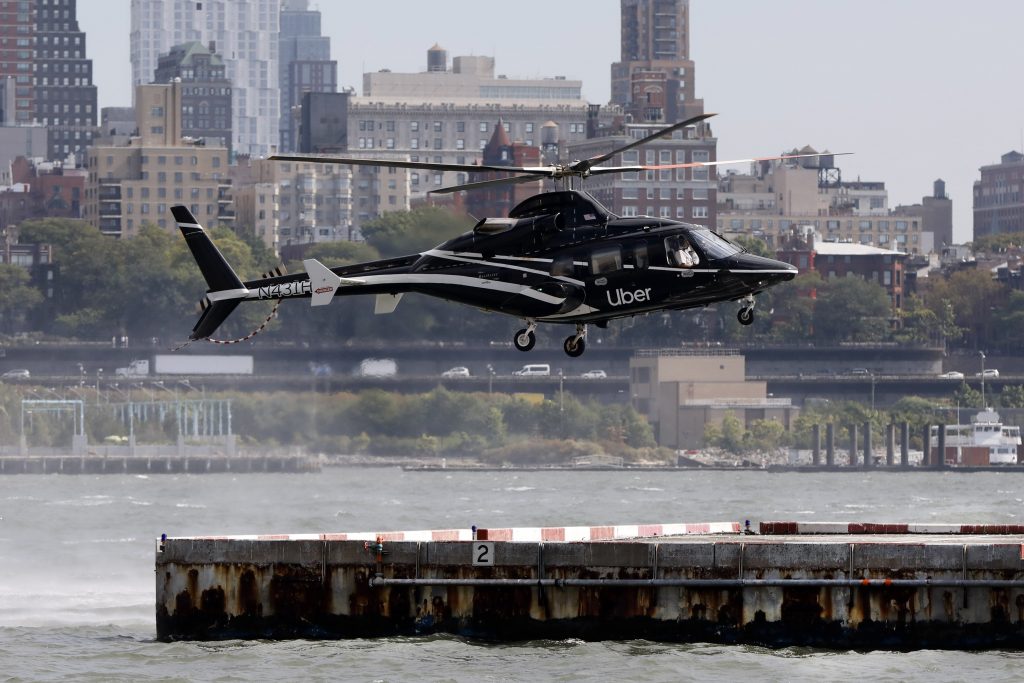 Uber is giving riders the option to skip the traffic jam and hail a helicopter to the airport instead – provided they can shell out the money.

The ride-hailing company expanded its helicopter service Thursday between lower Manhattan in New York City and John F. Kennedy International Airport, making it available to all Uber riders with iPhones instead of just those in the top tiers of its rewards program. Uber hopes to deploy it to Android users soon.

Uber’s helicopter ride will cost $200-225 one-way per person on average, but the price fluctuates depending on demand. Private helicopter flights, where customers charter an entire vehicle, typically cost thousands of dollars to fly to New York-area airports.

The move comes as helicopter use is growing in the region, with takeoffs and landings at New York City’s three major airports increasing 51% from 2015 to 2018, according to data from the Port Authority of New York & New Jersey.

Some helicopter companies are moving away from the exclusivity of chartered rides, selling by the seat instead of the entire helicopter, for what is essentially ride-sharing in the sky.

While Uber helicopters are far more expensive than public transit, and twice as much as some car services that can cost $100 or more during rush hour, the flight time between lower Manhattan and JFK is hard to beat: eight minutes. Uber cars will also pick up passengers on either end of the trip.

“We think that there are definitely customers for whom there’s a high value on time,” said Eric Allison, head of Uber Elevate.

Uber sees the helicopter rides as a step closer to achieving its goal to eventually deploy a much larger network of all-electric flying taxis, Allison said.

Uber’s helicopters are owned and operated by a company called HeliFlite. The service is available weekdays from about 1 p.m. to 6 p.m.

Groups such as Stop the Chop have pushed to limit flights in New York, citing environmental and health impacts caused by helicopters, which contribute more carbon dioxide to the atmosphere than cars. Helicopter noise complaints grew from 1,039 in 2018 to 1,589 in the first eight months of 2019, according to New York City’s 311 complaint line.

“If we’re going to start being more mindful of the planet, that’s a good place to start, with helicopters, because 99% of the use of it is completely unnecessary,” said John Dellaportas, president of Stop the Chop.