Business UAW Strike Could Cost GM About $1B — and Counting
Business 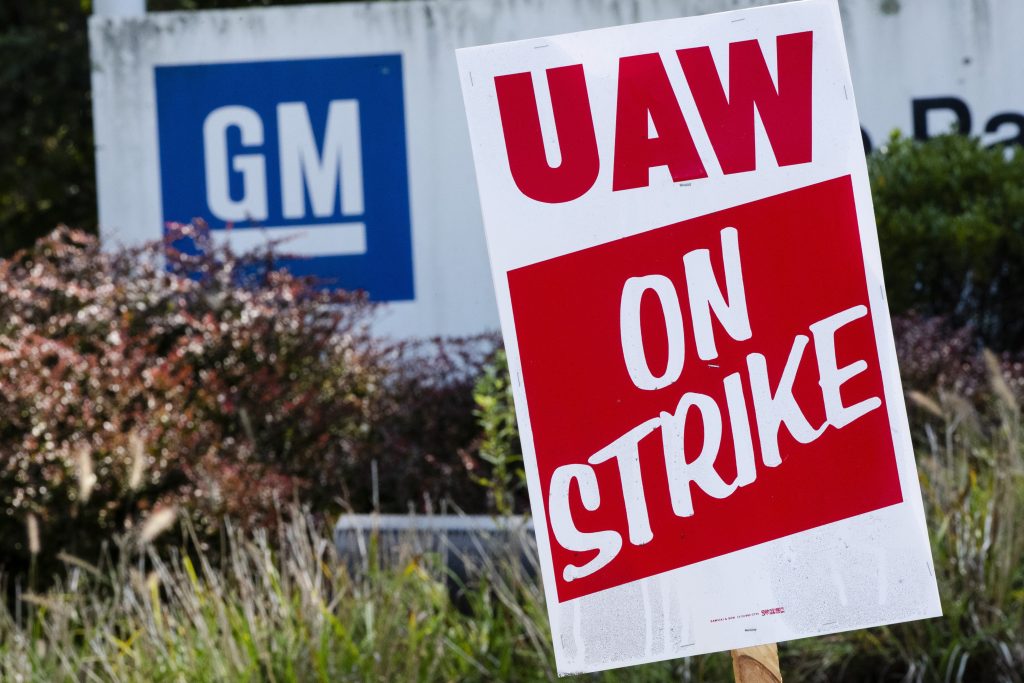 With the United Auto Workers’ strike against General Motors in its third week, pressure is mounting on both sides to reach a deal, with the company losing an estimated $1 billion and workers living on $250 per week in strike pay — about one-fifth of what they usually make.

Both sides are hoping the strike doesn’t last much longer, but while bargaining continues, the top union negotiator says they’re far apart on major issues including wages, job security, health care and a path for temporary workers to become full-time.

“We’ve got to last one more day than them, and I think we’re prepared for that,” said Gerald Lang, vice president of a local union at a factory in Orion Township, Michigan, about 40 miles north of Detroit. “No contract, no cars.”

On Tuesday, a parts shortage from the strike forced the company to close pickup truck and transmission factories in Silao, Mexico, idling 6,000 workers and taking an important revenue source for GM. The plant makes light-duty versions of the Chevrolet Silverado pickup and had been supplying U.S. dealers with GM’s top-selling and most profitable vehicle.

GM said the company continues to exchange proposals and remains “committed to reaching an agreement that builds a stronger future for our employees and our company.”

Even as talks continue, the company is leery of settling the strike and saddling itself with costs that it will have to pay later, putting it at a disadvantage to foreign-owned factories in the South with lower labor costs, said Kristin Dziczek, vice president of the Center for Automotive Research, an industry think tank based. It costs GM $63 per hour in wages and benefits at its factories, while the foreign automakers pay an average of $50, she said.

“Short-term, this is costing them, absolutely,” Dziczek said. “It goes back to cost versus principles. Are the things that they would have to give to end the strike precedents that they would be living with for decades to come?”

The losses mount each week the strike continues, costing about $480 million in the first week and another $575 million in the second, Brinkman wrote in an investor note. The company is losing $82 million per day, he calculated.

The strike has shut down many of GM’s 22 U.S. parts warehouses, but some remain open, staffed by management.

GM has said it will provide loaner cars for people who can’t get recall or warranty service due to lack of parts, and it’s working to ship more parts or send them directly from parts factories.