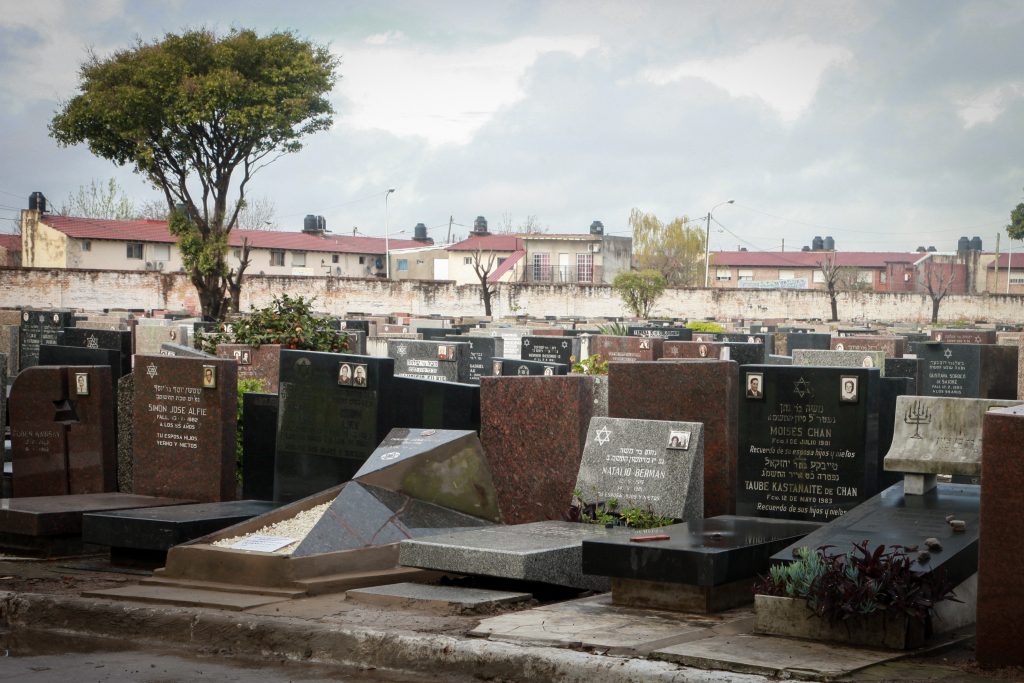 A Jewish cemetery in Argentina was vandalized over the weekend, Argentinian Israelite Mutual Association (AMIA) reported. The incident took place last Shabbos at the cemetery in La Tablada, a city in the Buenos Aires metropolitan area, the AMIA said.

Part of the cemetery’s exterior wall was felled, matzeivos were damaged and bronze plaques on some of the graves were stolen, according to AMIA.

The head of AMIA and the Delegation of Argentine Jewish Associations (DAIA) called on authorities to investigate.

The incident occurred less than 24 hours after AMIA received a letter from La Matanza government informing it that due to staff cuts, there would be reduced service providing police protection at the cemetery at night.

“From the [AMIA] institution we send our complaint to the highest authorities of the municipality and the Ministry of Security of Buenos Aires, so that what happened is investigated in depth and we demand that measures be immediately taken to ensure it will not happen again,” said Ariel Eichbaum, president of AMIA.

With a Jewish population of roughly 180,000, Argentina has been witness to a growing number of anti-Semitic incidents in recent months. In February, nine matzeivos were vandalized in the Jewish cemetery of San Luis province.

Rabbi Shlomo Tawil of Rosario was attacked, and in May, a man wearing a kippah was beaten and subject to anti-Semitic epithets on a street in Buenos Aires.

In April, a man broke into a synagogue in Buenos Aires during Shabbos tefillos, shouting anti-Semitic slogans and curses.

Shas MK Rabbi Yoav Ben Tzur,  a member of the Knesset Foreign Affairs and Defense Committee, said in response to the cemetery vandalism: “At the time of the Tishrei chagim, the brutal waves of anti-Semitism continue to hit the world and this is the time to act with uncompromising determination. It is clear to all of us that a policy of containment of anti-Semitism on the part of world leaders will prepare the ground for terror of any kind.”