World Khashoggi Remembered Outside Saudi Consulate Where He Died
World 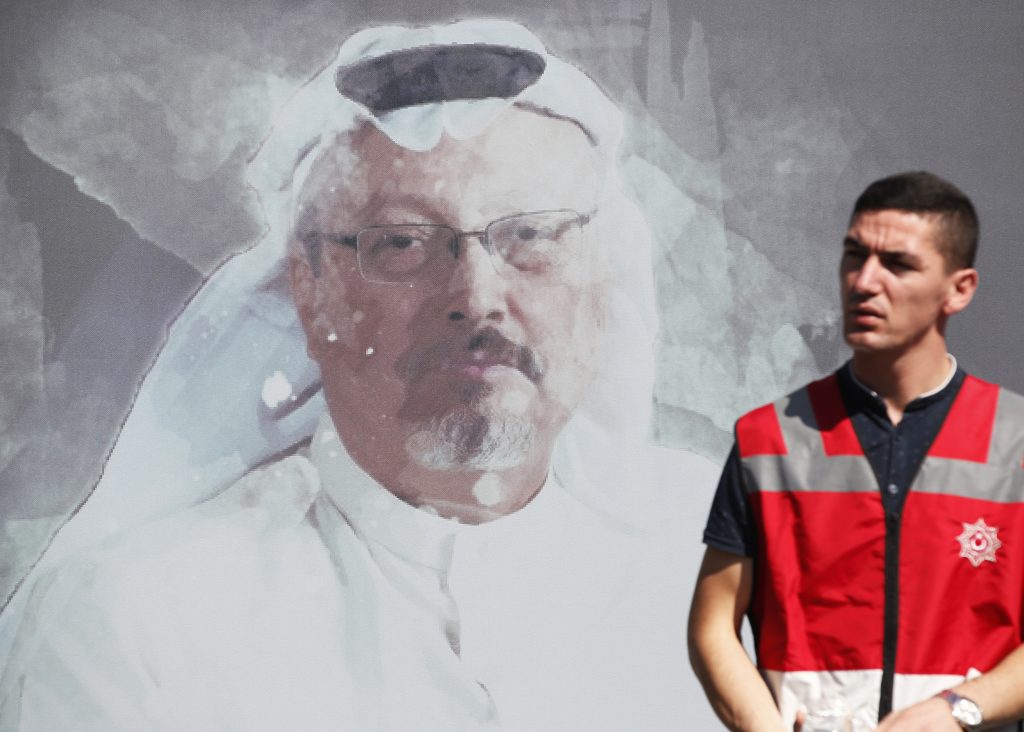 Washington Post owner Jeff Bezos joined activists and friends of Jamal Khashoggi near Saudi Arabia’s Consulate in Istanbul on Wednesday on the first-year anniversary of his horrific death at the hands of Saudi agents.

The memorial began just after 1:14 p.m. — the same hour that Khashoggi walked into the consulate a year ago, to collect documents required for him to marry his Turkish fiancee, who was waiting for him outside. He never emerged.

During the ceremony, activists called for a comprehensive United Nations investigation into the murder and action to ensure that the perpetrators of the killing don’t go unpunished.

Participants later unveiled a memorial for Khashoggi, who had become a sharp critic of the Saudi kingdom.

Several questions linger a year since his killing, including the whereabouts of his body and Saudi Crown Prince Mohammed bin Salman’s possible culpability.

Saudi Arabia says it is trying 11 people for the killing, but few details about the case have been released.

Meanwhile, Prince Mohammed said in an interview this week that he takes full responsibility for the killing, but denied he ordered it.