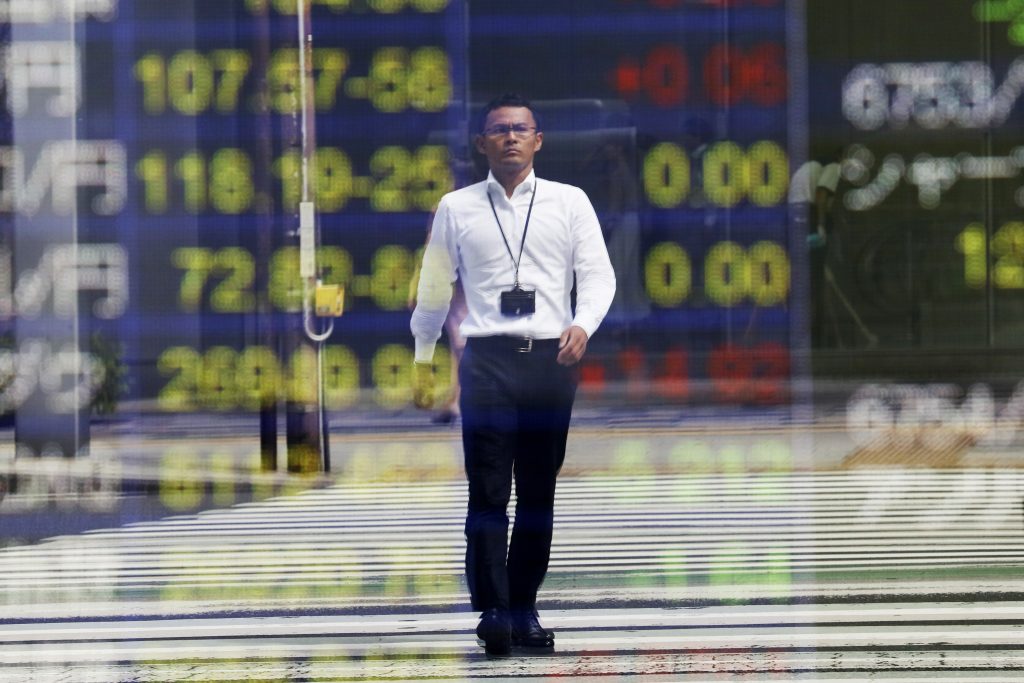 Shares edged higher in Asia on Tuesday after U.S. Treasury Secretary Steven Mnuchin confirmed that China-U.S. trade talks were due to resume in two weeks’ time.

In Hong Kong the Hang Seng index gained 0.3% to 26,305.85 after Hong Kong leader Carrie Lam told reporters she hoped a “town hall” dialogue this week might be a step forward in the “long journey” to reconciliation after weeks of sometimes violent protests in the semi-autonomous Chinese city.

In the latest of a slew of discouraging indicators, a preliminary manufacturers survey showed factory activity slowing in Japan last month.

The HIS Markit purchasing managers index fell to 48.9 in September from 49.3 in August, on a gauge where 50 marks the break between expansion and contraction.

It cited “strong external headwinds” for manufacturers, including the prolonged tariffs war between Beijing and Washington that has disrupted trade across the region.

Losses in the health care, communication services and industrial sectors outweighed gains in technology stocks, consumer-centric companies and banks. Indicating investors are seeking to avoid some risk, bond prices rose and yields declined, with the yield on 10-year Treasury notes slipping to 1.71% from 1.75% late Friday.

The major share indexes are each up modestly for the month and the quarter. The benchmark S&P 500 index remains close to its all-time high set in late July.

Mnuchin said Monday that he expected talks on the U.S. dispute with China over trade and technology to resume the week of Oct. 7.

Meanwhile, oil prices and the energy sector could experience more volatility this week as Trump seeks a coalition to confront Iran, which the U.S. blames for last week’s strike on a Saudi Arabian oil facility.

Benchmark crude oil lost 32 cents to settle at $58.32 a barrel in electronic trading on the New York Mercantile Exchange. It lost 55 cents on Monday to $58.64 per barrel. Brent crude oil, the international standard, declined 43 cents to $63.30 a barrel.

Major stock indexes in Europe closed broadly lower as a gauge of Germany’s private sector activity contracted for the first time in nearly seven years, according to IHS Markit.

Germany is Europe’s largest economy and often acts as an indicator for the continent’s overall economic health. The latest data adds to worries that Europe is facing a slowdown. The European Central Bank is urging governments to spend more on stimulus as economic growth stalls.