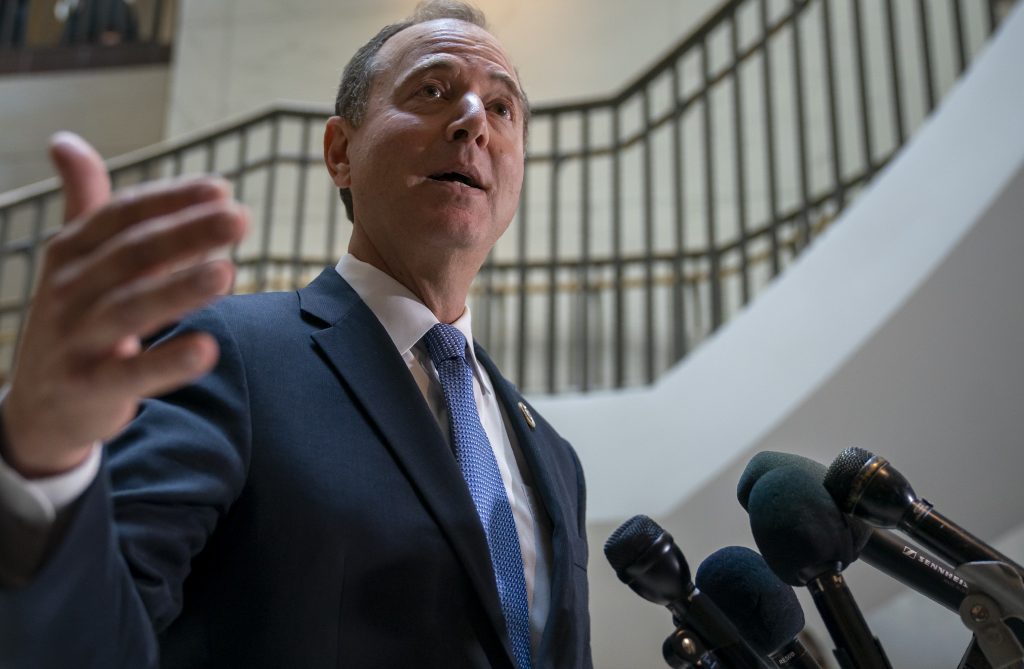 The head of the U.S. House Intelligence Committee on Thursday accused the Justice Department of blocking intelligence officials from providing Congress with a whistleblower complaint that reportedly involves a discussion between President Donald Trump and a foreign leader.

The panel’s Democratic chairman, Adam Schiff, leveled the charge after a closed-door briefing with the inspector general for U.S. spy agencies, who Schiff said had earlier told the committee about a credible and urgent complaint from a whistleblower that should have been turned over to Congress under the law.

“I don’t know whether the White House is directly involved, because we can’t get an answer to that question, but we do know that they are making some claim that a privilege may apply,” Schiff told reporters after a closed-door meeting with Intelligence Community Inspector General Michael Atkinson.

The Washington Post, citing two former officials familiar with the matter, reported on Wednesday that a complaint had been filed alleging Trump made a promise to a foreign leader during a phone call, a story Trump on Thursday derided as “Fake News.”

Reuters has not been able to confirm details of the whistleblower’s complaint.

“Virtually anytime I speak on the phone to a foreign leader, I understand that there may be many people listening from various U.S. agencies, not to mention those from the other country itself,” Trump said on Twitter.

“Knowing all of this, is anybody dumb enough to believe that I would say something inappropriate with a foreign leader while on such a potentially ‘heavily populated’ call,” he said.

“I would only do what is right anyway, and only do good for the USA!”

Schiff said the Justice Department had misinterpreted the law in blocking acting Director of National Intelligence Joseph Maguire from providing the complaint to Congress.

Schiff had issued a subpoena to Maguire last week in an attempt to force him to turn over the complaint. He said on Thursday the committee could be forced to go to court to seek an order compelling officials to disclose the complaint.

Maguire’s office did not respond to a request for comment, and the White House declined immediate comment.

Maguire is scheduled to testify in public to the House panel next week.

A congressional source told Reuters the complaint was filed with the inspector general on Aug. 12. The source said it seemed unlikely to have been filed by someone at the Central Intelligence Agency, because the CIA has its own inspector general.

Two congressional sources said the Senate Intelligence Committee had not been fully briefed on the complaint.