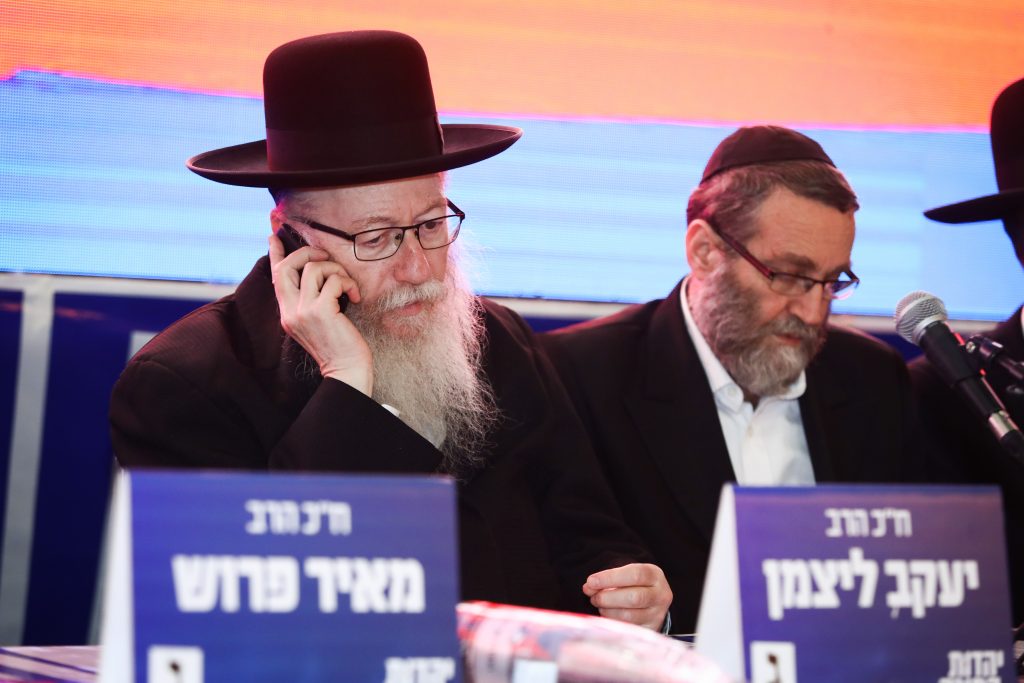 In an attempt to circumvent post-election challenges from Blue and White, Prime Minister Binyamin Netanyahu’s Likud party said on Wednesday that the right-wing and religious parties have “committed” to forming “a single right-wing bloc” to pre-empt a secular unity coalition of Likud and Blue and White, according to Times of Israel.

The parties “decided to form a joint negotiating team,” the Likud statement said.

Deputy Health Minister Rabbi Yaakov Litzman and Finance Committee chairman Rabbi Moshe Gafni reported to the gathering details of the meeting with the prime minister. It was decided that UTJ would join with Shas, Likud and Yemina as a single bloc in an effort to form a coalition, subject to the guidance and decisions of the Council of Torah Sages.

Although even such a bloc, with 55 MKs, would still fall short of the majority needed, Netanyahu’s strategy is that President Rivlin will consider the 55-seat bloc as a single party, larger than Blue and White with 53, and therefore entitled to be given the task of forming the next government, according to Channel 12.

Later on Wednesday evening, Netanyahu confirmed the path forward at a Likud meeting.

“I came here after a meeting with the leaders of the national camp parties,” said Netanyahu. “We unanimously decided that we go together to negotiate a government headed by me. We will conduct the negotiations as one delegation, Yariv Levin will head the negotiation team. ”

Netanyahu added: “” After we have established the right-wing bloc there is either a government headed by me or a dangerous government that relies on the Arab parties,” he was quoted by Arutz Sheva as saying.