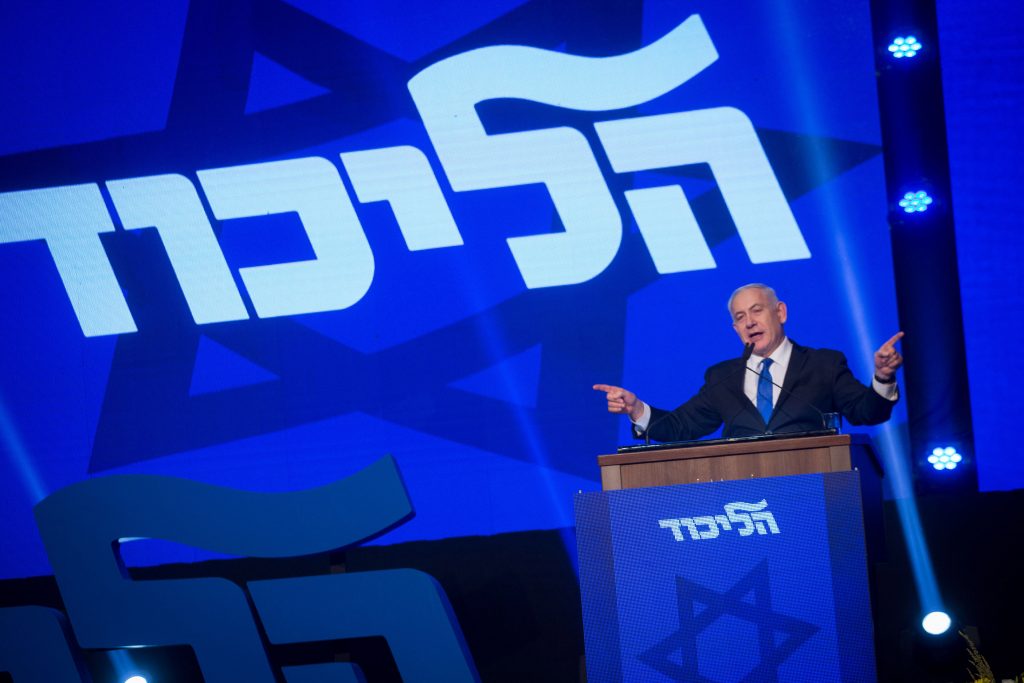 The Likud and Blue and White, Israel’s two main political parties, were deadlocked Wednesday after an unprecedented repeat election, with Prime Minister Binyamin Netanyahu facing an uphill battle to form a coalition and hold onto his job.

The election’s seeming political kingmaker, Avigdor Liberman, said he’ll insist upon a secular unity government between Netanyahu’s Likud and Benny Gantz’s Blue and White parties, who based on partial results are at 32 seats for Blue and White and 31 to the Likud.

Liberman said that was the “one and only option” on the table. Without Liberman’s endorsement, both parties appear to have fallen well short of securing a parliamentary majority.

Gantz, a former military chief, has ruled out sitting with a Netanyahu-led Likud at a time when the prime minister is expected to be indicted on corruption charges in the coming weeks.

Netanyahu desperately sought an outright majority with his right-wing and religious allies.

According to the partial results on Wednesday morning, Likud with its natural allies mustered 56 seats — or five short of the needed majority.

Final results are expected later Wednesday and could still swing in Netanyahu’s favor.