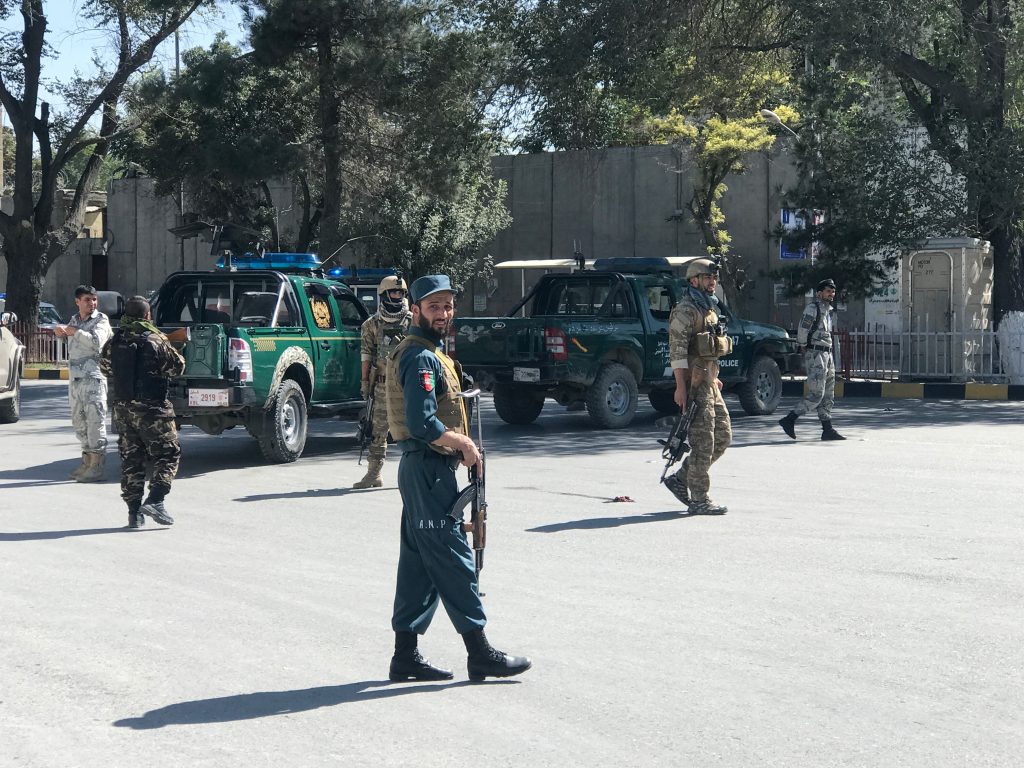 An explosion near an election rally attended by Afghan President Ashraf Ghani killed 24 people and injured 31 others, a health official said, but Ghani was unhurt according to an aide.

Ghani had been due to address the rally in Charikar, capital of Parwan province, north of Kabul, when the suspected terror attack occurred.

“Women and children are among them and most of the victims seem to be the civilians. Ambulances are still operating, and the number of casualties may rise,” said Abdul Qasim Sangin, head of the provincial hospital.

A local government official said the attack was carried out by a suicide bomber.

There was no claim of responsibility from any terror group after the blast.

In a separate incident, an explosion killed at least three people in the center of Kabul, police officials said. Ambulances and Afghan forces rushed to the blast site.

Taliban commanders have vowed to intensify clashes with the Afghan and foreign forces to dissuade people from voting in the Sept. 28 presidential election, when Ghani will bid for a second five-year term.

Security at rallies across the country has been tight following threats by the Taliban to attack meetings and polling stations.

Peace talks between the United States and the Taliban collapsed last week. The two sides had been seeking to reach an accord on the withdrawal of thousands of American troops from Afghanistan in exchange for security guarantees from the insurgents.

The talks, which did not include the Afghan government, were intended as a prelude to wider peace negotiations to end more than more 40 years of war in Afghanistan.