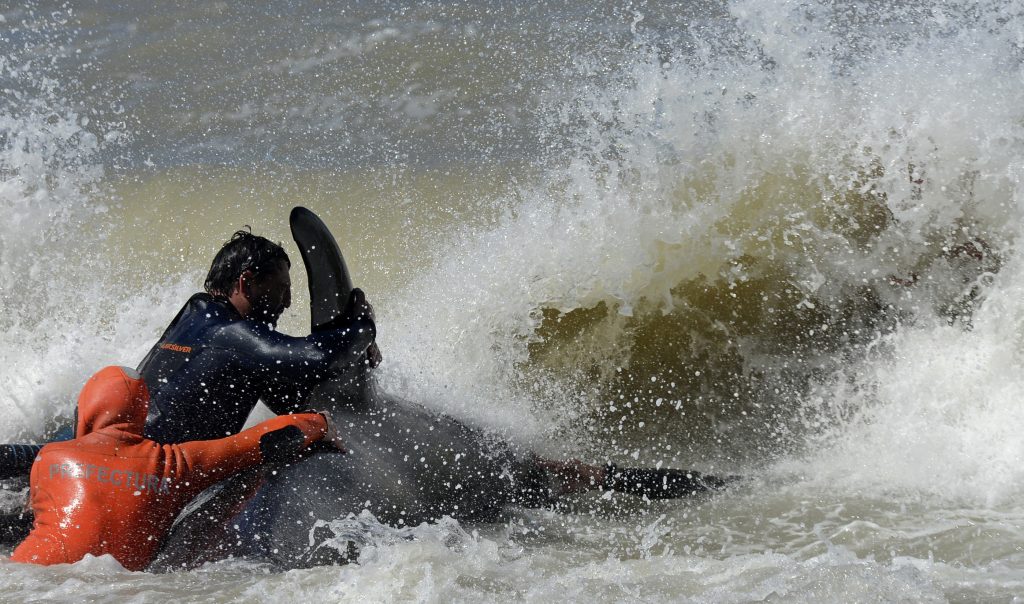 Rescue workers and volunteers have saved six of seven orcas that became stranded on an Argentine beach.

A person spotted the orcas in the beach town of Mar Chiquita and called authorities early Monday. City workers, firefighters and marine biologists came to help and managed to pull six to safety.

Officials say they’re not sure why the orcas beached themselves.

Mar Chiquita’s tourism secretary Flavia Laguné said the orcas didn’t appear to be ill. But authorities plan an autopsy on the orca that died.