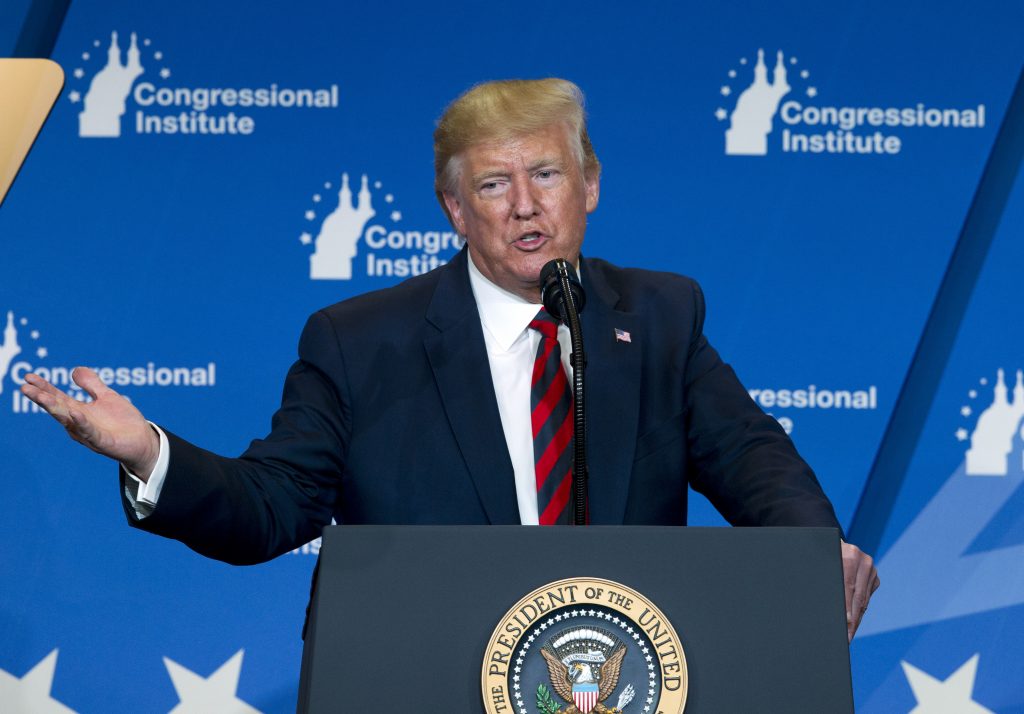 A federal appeals court in New York has restored a lawsuit by restaurant workers, a hotel-event booker and a watchdog who say President Donald Trump has business conflicts that violate the Constitution.

The lawsuit tossed out in 2017 by a lower-court judge was restored Friday by the 2nd U.S. Circuit Court of Appeals.

The lower court had concluded that the plaintiffs did not have standing to sue. The appeals panel rejected that reasoning. Trump has called the lawsuit “totally without merit.”

The lawsuit alleged that Trump’s “vast, complicated, and secret” business interests were creating conflicts of interest.

Justice Department lawyers had argued that the plaintiffs did not suffer in any way and thus had no standing to sue.

Citizens for Responsibility and Ethics in Washington first filed the lawsuit.