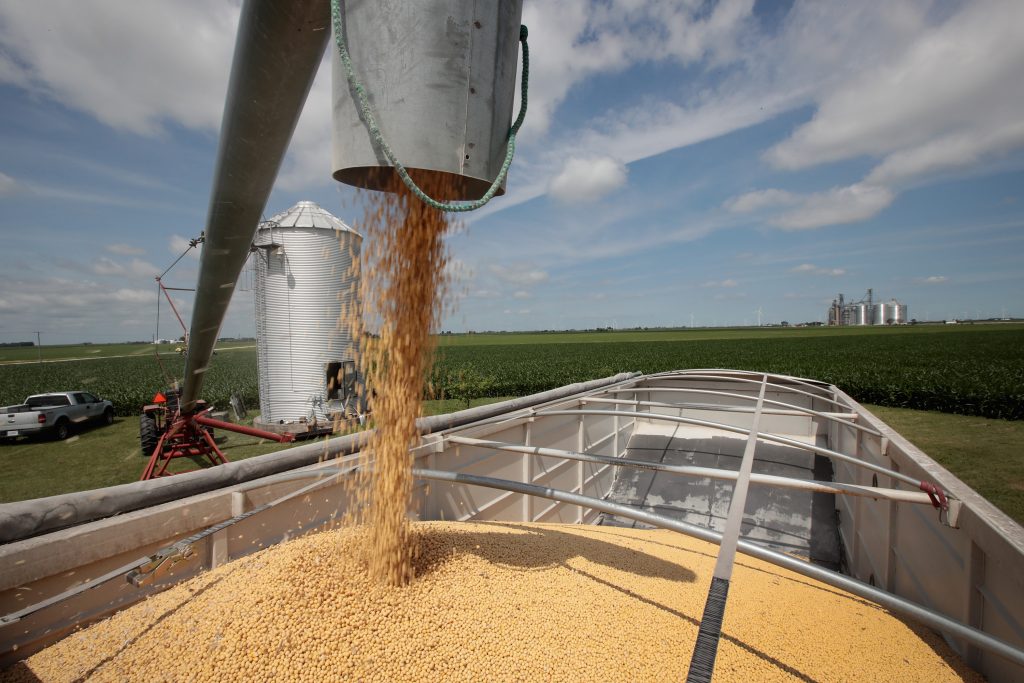 Chinese importers bought at least 10 boatloads of U.S. soybeans on Thursday, their most significant purchases since at least June, traders said, ahead of high-level talks next month aimed at ending a bilateral trade war that has lasted more than a year.

The soybean purchases, totaling at least 600,000 tons, are slated for shipment from U.S. Pacific Northwest export terminals from October to December, two traders with knowledge of the deals said.

The purchases were another indication that trade tensions between Washington and Beijing may be easing, after hitting a low last month when China suspended all U.S. farm product purchases in response to threats by President Donald Trump to impose more tariffs on Chinese goods.

U.S. soybean exports to China, the world’s top buyer, have plummeted during the bitter dispute, with swelling supplies sending prices to near-decade lows and U.S. farmers struggling to turn a profit.

Benchmark Chicago Board of Trade soybean futures jumped to one-month highs on Thursday.