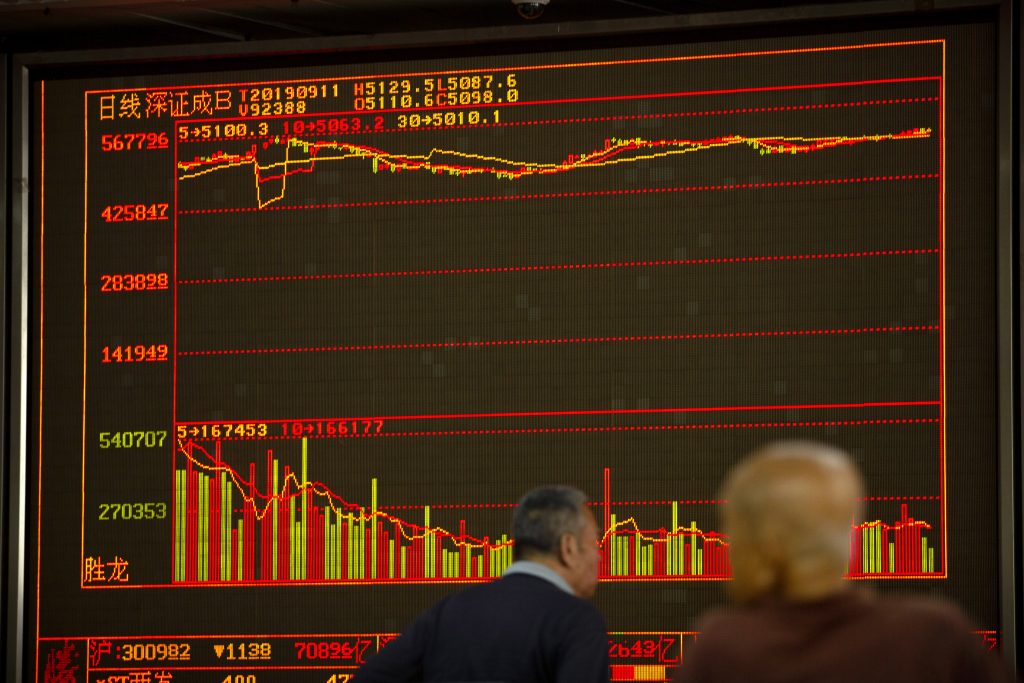 Asian shares were mostly higher Wednesday, cheered by a rise on Wall Street amid some signs of easing tensions between the U.S. and China on trade issues.

On Wall Street, investors continued to flock to smaller-company stocks they see as being better shielded from the fallout of the costly trade war between the U.S. and China than large multinationals.

The U.S. market has been gaining ground for two weeks as investors remain confident in the strength of the economy, despite the lingering trade war between the U.S. and China.

The feud between the world’s two largest economies has been injecting doses of volatility into the market as both sides escalate and then pull back. Recent plans for trade talks to resume in October raised some hope on Wall Street for a resolution.

“The U.S.-China tug of war will continue, but there is growing sense that U.S.-China sentiment may be shifting to a state of trade war neutrality,” said Stephen Innes, Asia-Pacific market strategist at AxiTrader.

Meanwhile, investors continue to watch the steady flow of economic data for a clearer picture of the U.S. economy’s health. Recent reports have been a mixed bag, including a Labor Department report Tuesday that showed both a slip in job openings as well as a slight increase in hiring in July.