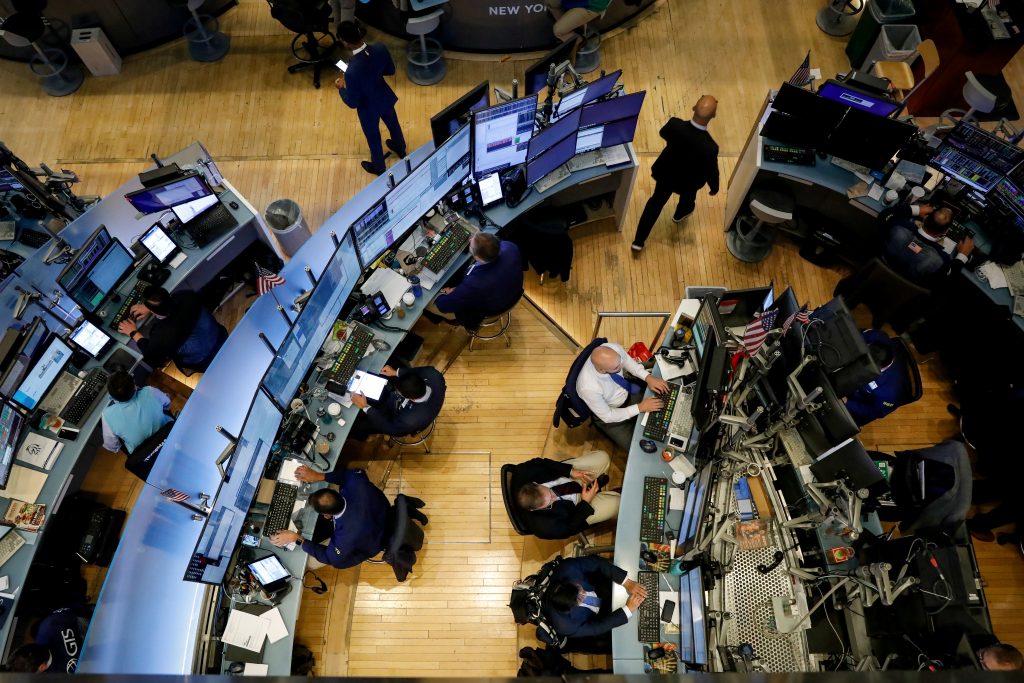 Losses in technology and health-care stocks outweighed gains in financials and other sectors as the market pulled back after notching solid gains last week.

The yield on the 10-year Treasury rose to 1.61% from 1.55% late Friday in a sign that investors remain confident that the economy will continue growing. They also shifted money out of safe-play sectors like utilities and makers of consumer products.

The broader market is coming off two weeks of gains following a bout of volatility brought on by the trade war between the U.S. and China. Investors are still hoping for a deal between the two nations. They were encouraged last week by news that talks will resume in October.

A mixed bag of economic data has kept Wall Street focused on central banks and whether they will continue taking measures to shore up economic growth. On Friday, Federal Reserve Chairman Jerome Powell said the central bank doesn’t expect a recession and will take necessary actions to maintain growth. Economists expect the Fed to cut interest rates when it meets next week.

CALLING FOR CHANGE: AT&T rose 2.5% after activist investment manager Elliott Management, which has a $3.2 billion stake in the telecom company, sent a letter to AT&T’s board, noting that its stock has badly lagged the broader market over the past 10 years and urged it to shed businesses and trim costs. AT&T said it will review the proposals.

GOOD HEALTH: Acadia Pharmaceuticals surged 59.3% after the drug developer said its potential treatment for dementia-related psychosis met a key study goal. It plans to meet with the Food and Drug Administration in 2020 regarding possible approval, which could make it the first drug approved by the FDA to specifically treat the condition.