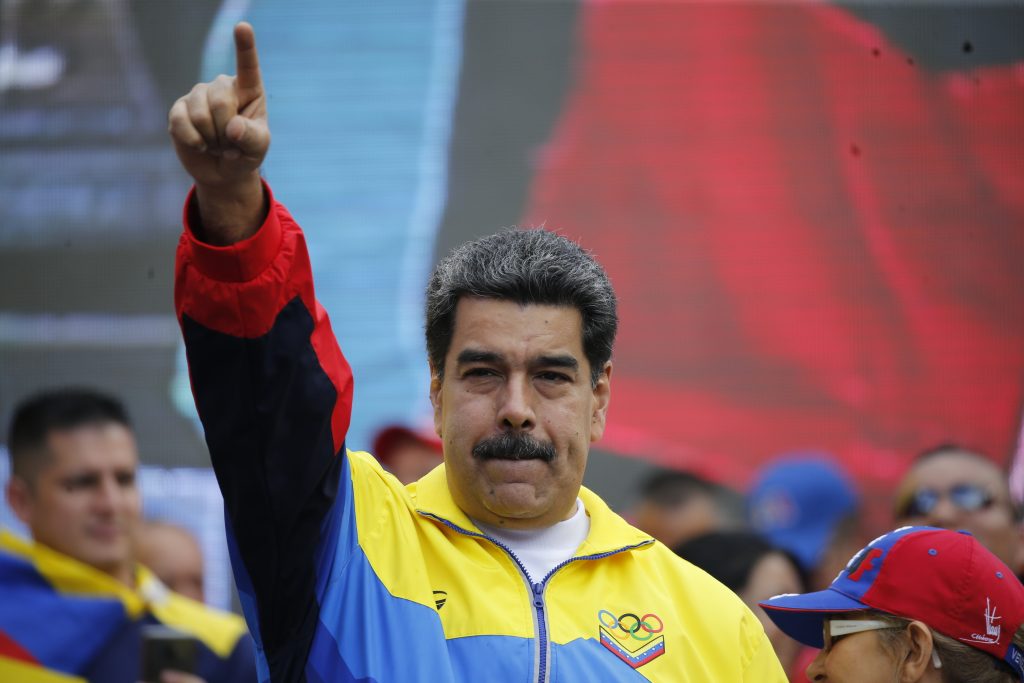 As a growing number of banks around the world refuse to move money on President Nicolas Maduro’s behalf, Venezuela has found an ally in the Bank of Spain, according to two people with knowledge of the matter.

Venezuela’s central bank is increasingly relying on its Spanish counterpart to transfer and receive funds abroad at a time when U.S. sanctions have prompted many large banks and financial institutions to shy away from any actual or perceived dealings with the socialist regime.

Venezuelan central bank officials are telling contractors that going through the Bank of Spain is an option to make and receive payments outside of the country, while warning that it may still take at least a month to clear transactions due to increased scrutiny, one of the people said.

In an emailed statement, a Bank of Spain spokesman said the account kept by Venezuela is used to pay operating expenses related to the diplomatic relations between the two countries and by international organizations to send funds to Venezuela since they can’t use commercial banking channels. The balance of the account is “relatively small and has not registered significant variation in the past year,” according to the statement.

The Spanish government has deftly maintained relationships with both Maduro and the opposition’s Juan Guaido, who is recognized by more than 50 countries as the rightful leader of the crisis-ravaged nation. While a top Guaido ally, Leopoldo Lopez, has been living at the official residence of the Spanish ambassador in Caracas for months, the Spanish government still maintains normal relations with Maduro and his allies.

The help from the Bank of Spain comes at a critical time for the embattled Maduro administration after state-run Ziraat Bank, Turkey’s largest bank by assets, stopped offering its services to move money. The U.S. financial system is off grounds and suppliers sometimes have to wait weeks to find a working account to make payments to the government. They often end up relying on far-flung financial institutions from Eastern Europe to Asia.

Since President Donald Trump took office three years ago, he’s slapped sanctions on more than 100 Venezuelan individuals and entities, including the central bank, to increase pressure on Maduro in the hopes of regime change. The U.S. has increased its maneuverings against Maduro and support for Guaido this year, but the status quo remains.

As a consequence of the increased scrutiny — and very limited access to dollars — the central bank is conducting more transactions in euros, sometimes offering local clients access to euros in cash. That shift would make the Bank of Spain an attractive choice over other banks outside the eurozone.

The Bank of Spain’s willingness to move Venezuela’s money is legal within the correspondent banking system, in which countries, companies and consumers send trillions of dollars in payments around the world. In some instances, correspondent banks increase scrutiny when dealing with countries under financial penalties or flagged as money-laundering risks.

Sanctions imposed against Venezuela by the European Union, of which Spain is a part, include an embargo on arms sales as well as a travel ban and asset freeze for 18 officials deemed responsible for human-rights violations.

Within Europe, Spain receives by far the highest number of Venezuelan migrants fleeing the chaos in their home country. While Spain recognizes Guaido as the country’s rightful leader, it still hosts the Maduro-appointed ambassador in Madrid, as well as a representative picked by the opposition.

In order to shield itself from the effects of sanctions, Venezuela’s government has been considering the possibility of switching to a Russian-operated international payments messaging system as an alternative to the SWIFT system that most financial institutions use.