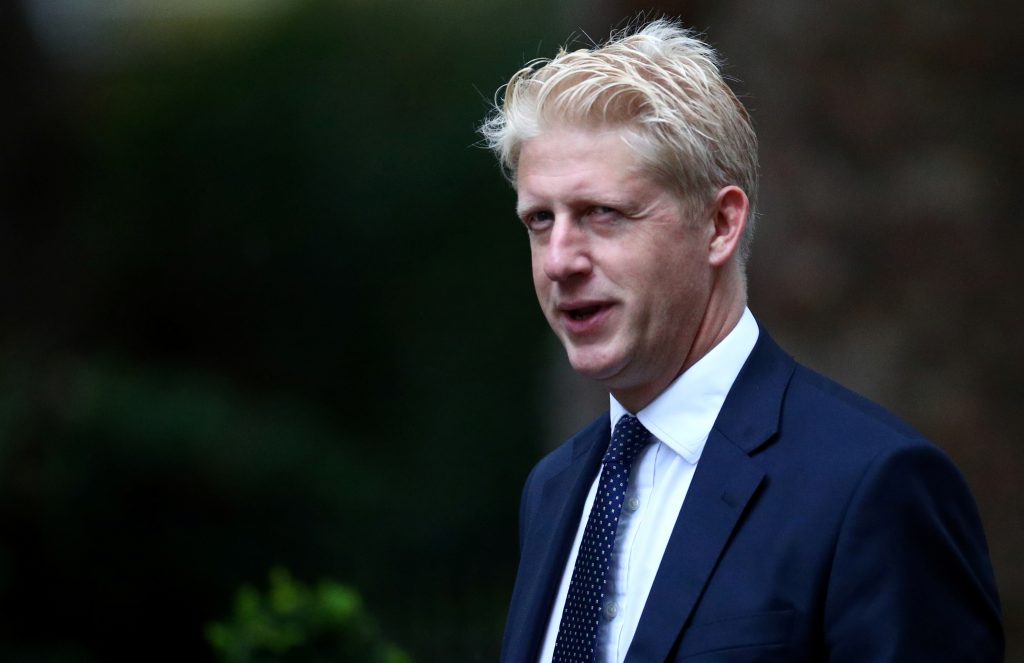 British Prime Minister Boris Johnson’s younger brother Jo has resigned as a junior minister and said he would also step down as a lawmaker, citing a conflict between family loyalty and the national interest.

His surprise resignation comes days after the prime minister expelled 21 Conservative lawmakers from the party for failing to back his Brexit strategy, including Winston Churchill’s grandson and a former finance minister.

Since taking office in July, Boris Johnson has tried to corral the Conservative Party, which is deeply divided over Brexit, behind his strategy of leaving the European Union on Oct. 31, with or without a deal.

Jo Johnson, 47, had previously expressed backing for a second referendum on whether Britain should leave the EU, but accepted a job as a junior minister in the Business and Education Departments when his brother became prime minister.

“It’s been an honour to represent Orpington for 9 years & to serve as a minister under three PMs (Prime Ministers),” Jo Johnson wrote on Twitter.

“In recent weeks I’ve been torn between family loyalty and the national interest – it’s an unresolvable tension & time for others to take on my roles as MP (Member of Parliament) & Minister,” he wrote.

It was not immediately clear whether he would resign as a Member of Parliament immediately, or simply not stand for re-election. He had been an MP for the Orpington constituency in Kent, southeast England, since 2010, serving in several ministerial roles.

Boris Johnson’s “do or die” Brexit strategy, and his hard-line approach to enforcing it, is causing a realignment in the ruling party, with several senior, more pro-European members announcing they will not seek re-election.

The Johnson family itself is notoriously split over Brexit with his sister Rachel having represented different parties opposed to Brexit, and his father, Stanley, being a committed europhile and former European Commission official.

It is also not the first time Jo Johnson, a former Financial Times journalist and a much less flamboyant character than his brother, has caught the government by surprise with a resignation notice.