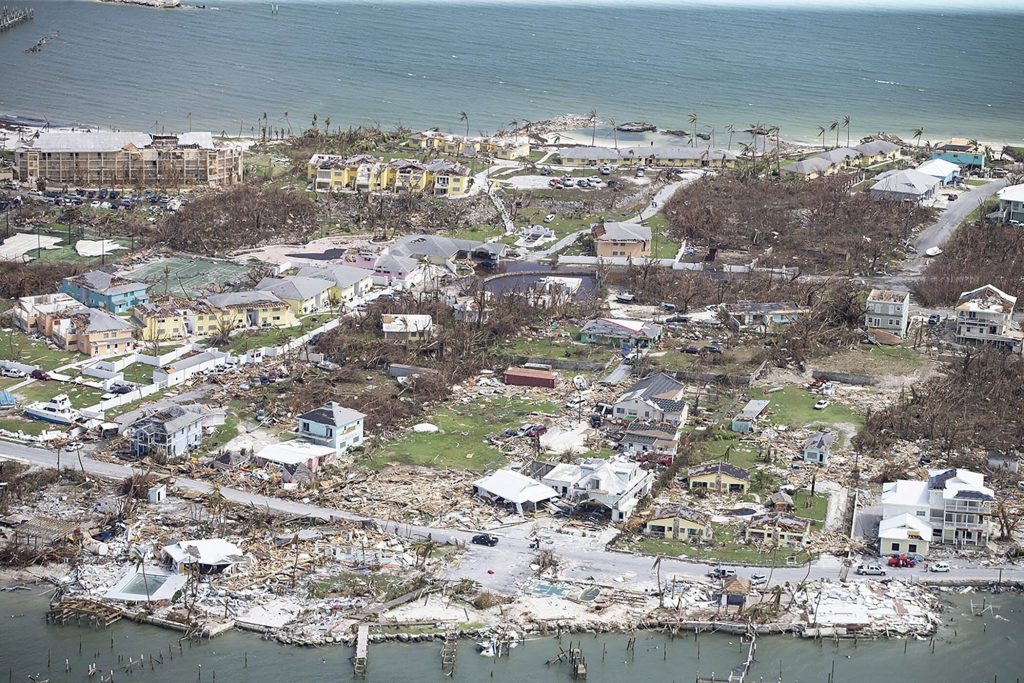 The devastation wrought by Dorian — and the terror it inflicted during its day-and-a-half mauling of the Bahamas — came into focus Wednesday as the passing of the storm revealed a muddy, debris-strewn landscape of smashed and flooded-out homes on Abaco and Grand Bahama islands. The official death toll from the strongest hurricane on record ever to hit the country jumped to 20, and there was little doubt it would climb higher.

With a now-distant Dorian pushing its way up the southeastern U.S. coast, menacing Georgia and the Carolinas, many people living in the Bahamas were in shock as they slowly came out of shelters and checked on their homes.

The Bahamian government sent hundreds of police officers and marines into the stricken islands, along with doctors, nurses and other health-care workers, in an effort to reach drenched and stunned victims and take the full measure of the disaster.

The U.S. Coast Guard, Britain’s Royal Navy and relief organizations including the United Nations and the Red Cross joined the burgeoning effort to rush food and medicine to survivors and lift the most desperate people to safety by helicopter. The U.S. government also dispatched urban search-and-rescue teams.

Bahamian Health Minister Duane Sands said 17 of the dead were from the Abaco islands and three from Grand Bahama. He said he could not release further details because the government still had to contact family members.

By Wednesday, Dorian was pushing northward a relatively safe distance off the Florida coastline with reduced but still-dangerous 105 mph winds. An estimated 3 million people in Florida, Georgia and North and South Carolina were warned to clear out, and highways leading inland were turned into one-way evacuation routes.

At 5 p.m. EDT, Dorian was centered about 150 miles south of Charleston, South Carolina, moving northwest at 8 mph. Hurricane-force winds extended up to 70 miles from its center.

Dorian was expected to pass dangerously close to Georgia and scrape the Carolinas on Thursday and Friday with the potential for over a foot of rain in some spots and life-threatening storm surge.

“Hurricane Dorian has its sights set on North Carolina,” Gov. Roy Cooper said. “We will be ready.”

As the threat to Florida eased and the danger shifted farther up the coast, Orlando’s airport reopened, along with Walt Disney World and Universal. To the north, ships at the big Norfolk, Virginia, naval base were ordered to head out to sea for safety, and warplanes at Langley Air Force Base in Virginia were sent inland.

The U.S. mainland recorded its first death in connection with the hurricane, that of an 85-year-old man in North Carolina who fell off a ladder while preparing his home for the storm. Dorian was also blamed for one death in Puerto Rico.