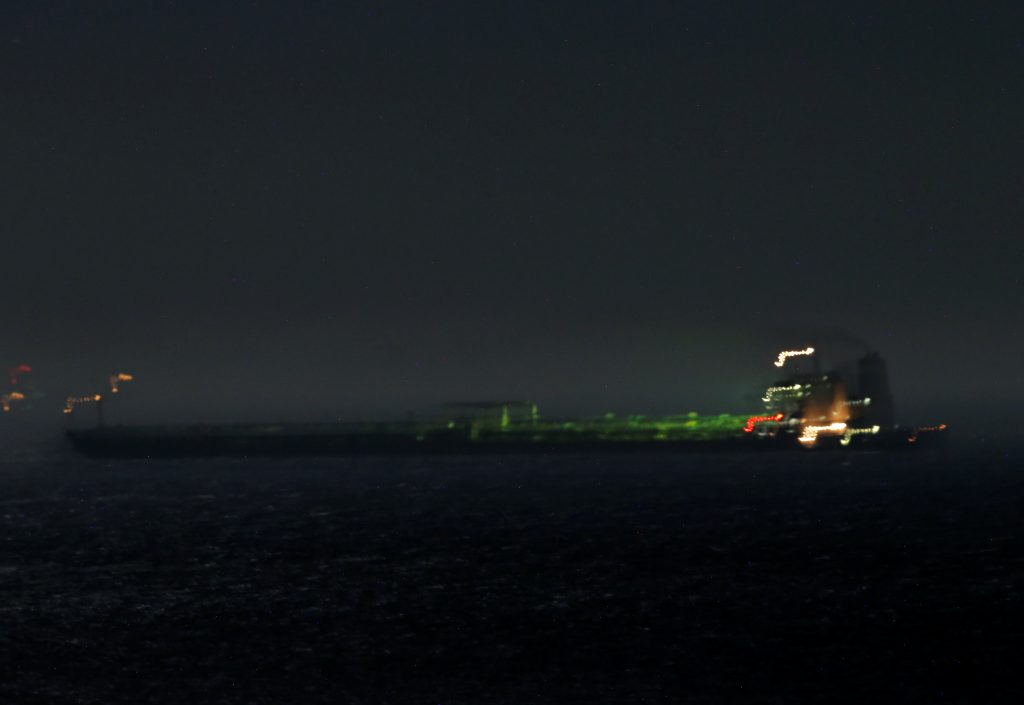 The Iranian oil tanker Adrian Darya 1 at the center of a dispute between Tehran and Western powers appears to have turned off its transponder in the Mediterranean west of Syria, Refinitiv ship-tracking data showed on Tuesday.

The tanker, which is loaded with Iranian crude oil, sent its last signal giving its position between Cyprus and Syria sailing north at 15:53 GMT on Monday, the data showed.

The vessel, formerly named Grace 1, was detained by British Royal Marine commandos off Gibraltar on July 4 as it was suspected to be en route to Syria in violation of European Union sanctions.

Two weeks later, Iran in retaliation seized a British-flagged tanker in the Strait of Hormuz leading into the Gulf.

Gibraltar released the Iranian vessel on August 15 after receiving formal written assurances from Tehran that the ship would not discharge its 2.1 million barrels of oil in Syria.

However, shipping sources say the tanker is likely to try to conduct a ship-to-ship transfer with another vessel for part of its cargo after Iran said a sale had been concluded.

Washington has warned any state against assisting the ship, saying it would consider that support for a terrorist organization, namely, Iran’s Islamic Revolutionary Guard Corps.

As the U.S. tries a new way to protect shipping across the Persian Gulf amid tensions with Iran, it finds itself sailing into uncertain waters.

For decades, the U.S. has considered the waters of the Persian Gulf as critical to its national security. Through the gulf’s narrow mouth, the Strait of Hormuz, 20% of all crude oil sold passes onto the world market. Any disruption there likely will see energy prices spike.

The U.S. has been willing to use its firepower to ensure that doesn’t happen. It escorted ships here in the so-called 1980s “Tanker War.” America fought its last major naval battle in these waters in 1988 against Iran.

Now, the U.S. Navy is trying to put together a new coalition of nations to counter what it sees as a renewed maritime threat from Iran. But the situation decades later couldn’t be more different.

The U.S. public is fatigued from years of Mideast warfare after the Sept. 11 attacks. The demand for Persian Gulf oil has switched to Asia. Gulf Arab nations poured billions of dollars into their own weapons purchases while inviting a host of nations to station their own forces here, even as infighting dominates their relations.