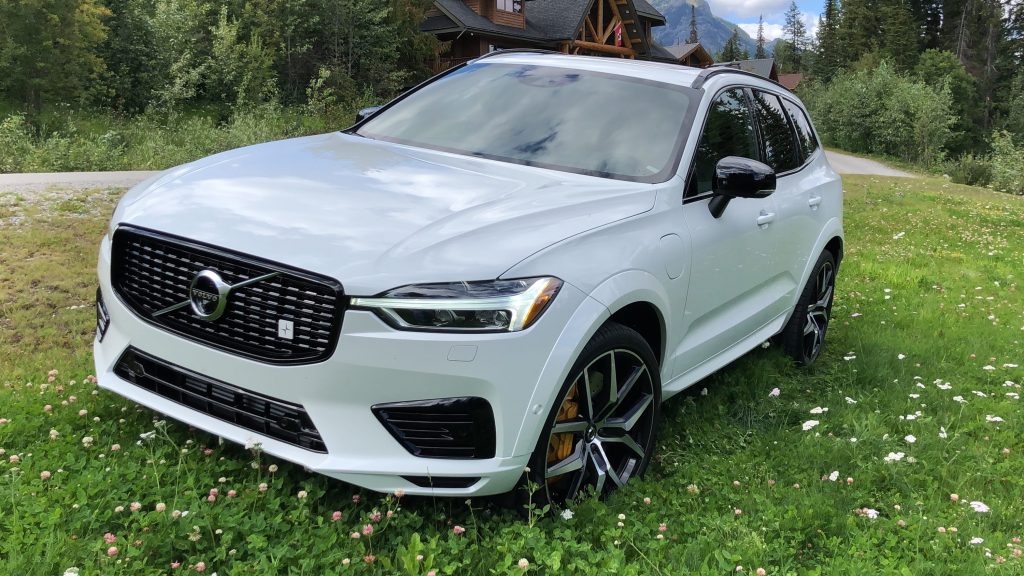 Volvo will launch its Polestar performance line in a big way this fall with a couple of electrically augmented models, the 2020 XC60 Polestar SUV and V60 Polestar station wagon.

Both vehicles get a slightly more powerful version of Volvo’s T8 E-AWD plug-in hybrid drivetrain, which consists of a supercharged and turbocharged 2.0L engine and an electrically powered rear axle.

—A lifetime guarantee on replacement parts and service costs.

The two Polestars should reach dealerships any day, along with an updated version of Volvo’s bigger XC90 SUV, which has three rows of seats, and a beefed-up Cross Country version of the V60 wagon.

Polestar is Volvo’s performance arm, in the same way AMG is Mercedes’s in-house speed shop. Polestar tweaks the engineering of Volvo vehicles and will build Volvo-based electric performance vehicles under its own name. Polestar was an independent racing company that specialized in Volvos until the automaker bought it in 2015.

Volvo charges a significant premium for Polestar’s cosmetic and performance changes: start at $71,000 and $67,300, respectively, for the XC60 Polestar.

I recently drove the 2020 XC60 Polestar, V60 Cross Country and XC90 on highways, logging roads and mountain trails in the Canadian Rockies.

All the vehicles bristle with advanced safety and driver assistance features. Volvo’s stated goal is to eliminate all deaths and serious injuries in its vehicles.

XC60 Ride and Handling Is Improved

The steering and suspension upgrades that come with the “Polestar engineered” tag deliver plenty of value, though. Firmer steering, a bar connecting the front strut towers and a taut, but still comfortable, ride are apparent. Polestar retuned the steering, throttle response and shift points, but the big improvement comes from an adjustable suspension with Ohlins dampers. They keep the Polestar XC60 flat and stable in quick maneuvers and heavy braking while also absorbing bumps for a comfortable ride.

Visual differences from the regular XC60 in addition to the golden seat belts that look a lot better than you’d expect, and the brake calipers Volvo insists are the same color but aren’t, include a glossy black frame around the grille and Polestar alloy wheels.

The XC60’s Polestar’s $71,000 base price is daunting, but it includes Nappa leather, adaptive cruise control, a big sunroof and much more. The plug-in hybrid’s projected battery-only range of 18-21 miles is not particularly impressive, and the big tablet-style touch screen that controls many features is less responsive than the best competitors’.

The V60 Cross Country AWD is a lifted, version of the V60 station wagon, with bigger wheel arches, burly tires and moldings for a rugged appearance. It’s got 2.5 inches more ground clearance than a standard V60 wagon. That, and the hill descent feature to use engine braking when going down particularly steep grades, proved very useful when I drove a V60 Cross Country down a steep, twisting and rock-strewn trail from a 7,700-foot mountain peak to the road below.

Volvo softened the wagon’s suspension for off road. Unlike the Polestar plugin-in hybrids, the gasoline only V60 Cross Country has a mechanical all-wheel drive system

The XC90 three-row SUV launched Volvo’s resurgence with a bang when it debuted in 2015 as a 2016 model. For 2020, it gets some upgrades and new features to face new competitors like the Audi Q7 and Lincoln Aviator.

The big changes are inside: a new Orrefors crystal shifter, wool upholstery for buyers who want an upscale interior without the karmic burden they feel from leather and bucket seats in the second row for a six-seat interior.

Other new features include the bigger, 11.6 kWh battery, which should improve electric range 2-3 miles from the previous rating of 18; automatic braking linked to the cross-traffic and blind spot alerts; and optional Harman Kardon audio. The main exterior changes are a concave grille other Volvos will adopt, new colors and wheels.