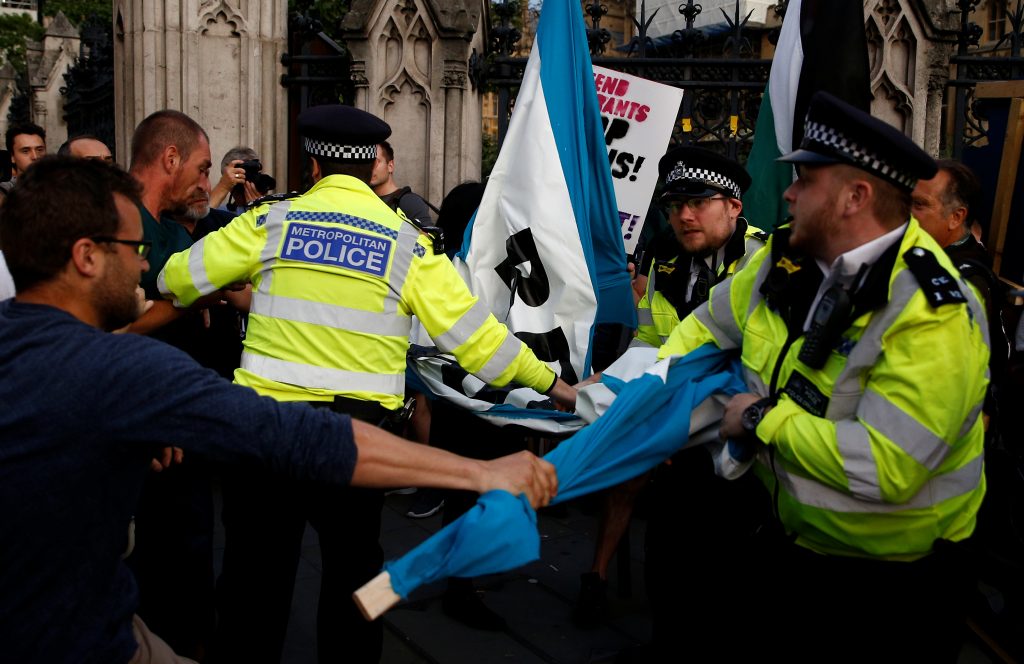 Political opposition to Prime Minister Boris Johnson’s move to suspend Parliament is crystalizing, with protests around Britain and a petition to block the move gaining more than 1 million signatures.

Johnson’s maneuver gives his political opponents even less time to prevent a chaotic no-deal Brexit before the Oct. 31 withdrawal deadline. But the decision outraged critics and is serving as a unifying force for the disparate opposition.

House of Commons leader Jacob Rees-Mogg dismissed the outrage Thursday as “phony,” insisting that Johnson wants to outline his domestic agenda. He added that Britain’s Queen Elizabeth did not question the government’s request to suspend Parliament for over a month ahead of Brexit, saying, “The queen, her majesty, had no discretion over this. There is no precedent for the queen refusing a request by her prime minister under these circumstances.”

Rees-Mogg denied a suggestion that moving to suspend Parliament had put the monarch, who by convention avoids any involvement in politics, in an awkward position.

Johnson’s move has prompted ruptures across the political spectrum, including among members of his Conservative Party. Scottish Conservative leader Ruth Davidson is expected to resign Thursday, in part due to opposition to Johnson’s Brexit strategy.

British Business Minister Andrea Leadsom countered the rising concerns, saying that the government hopes to be able to debate a new Withdrawal Agreement bill when Parliament returns from its extended break on Oct. 14.

Leadsom, a former leader of the House of Commons, said there would be plenty of time to discuss Britain’s departure from the European Union, despite Prime Minister Boris Johnson’s move on Wednesday to suspend Parliament for over a month before the exit date on Oct. 31.

Coveney said there wouldn’t be enough time before Britain’s Oct. 31 departure deadline “even if we wanted to” reopen the negotiations. He estimated working out a new deal and getting it approved by EU leaders and British lawmakers “would need six or eight weeks.”

However, Coveney says Ireland is ready to study alternatives to a post-Brexit “backstop” aimed at avoiding a new border between the EU’s Ireland and U.K.’s Northern Ireland.

He noted the importance of keeping the peace on an “island that has a tragic and violent history.”

Johnson opposes the backstop provisions in his predecessor’s deal, which failed to gain parliamentary approval.

Coveney said any alternative Irish border arrangements “have got to do the same job as the backstop.”

President Donald Trump says it will be hard for the leader of Britain’s main opposition party to seek a no-confidence vote on Prime Minister Johnson over Brexit.

Labour Party leader Jeremy Corbyn and other opponents of Johnson’s Conservative Party government were scrambling Wednesday after the prime minister moved to suspend Parliament for about a month.