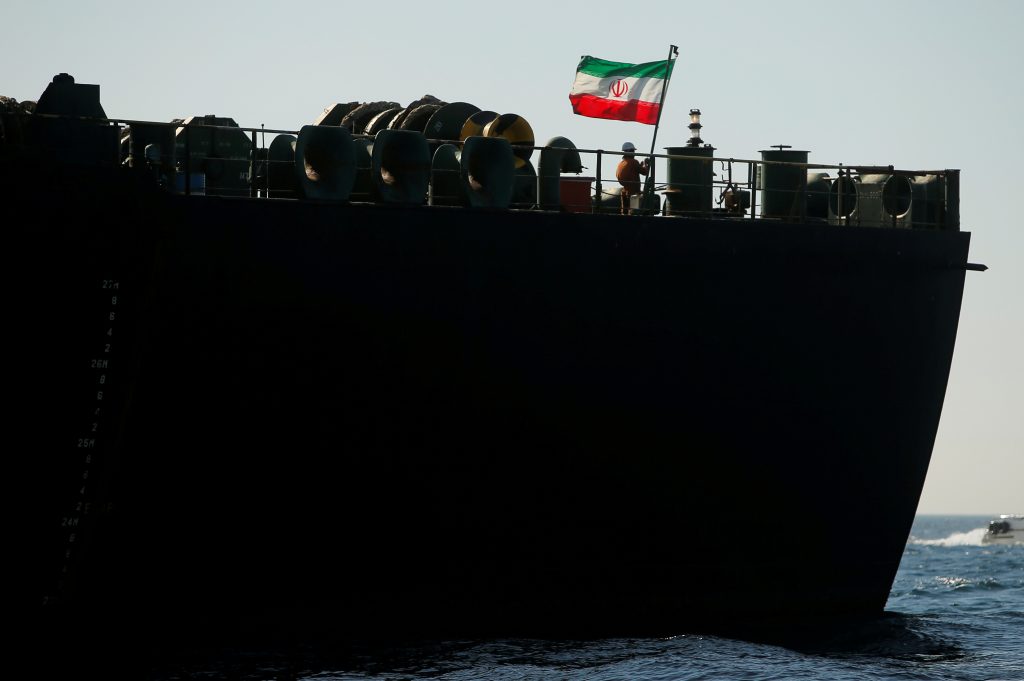 Iranian tanker Adrian Darya, at the center of a dispute between Washington and Tehran, has changed course away from the Turkish coast, Refinitiv ship-tracking data showed on Thursday.

The tanker, formerly called Grace 1, was released from detention off Gibraltar in mid-August after a five-week standoff over whether it was carrying Iranian oil to Syria in violation of European Union sanctions.

A Turkish official said earlier on Thursday that the Iranian tanker had not entered Turkish waters. The tracking data showed the ship was currently between the coasts of Turkey and Cyprus, heading west.

On Monday, IRIB news agency quoted an Iranian government spokesman as saying that Iran had sold the oil from the Adrian Darya and the vessel’s owner will decide on its next destination.

The spokesman did not identify who had bought the oil. After Gibraltar freed the vessel on Aug. 18, the United States said it would take every action it could to prevent it delivering oil to Syria in contravention of U.S. sanctions.

After its release by Gibraltar the vessel, laden with 2 million barrels of oil, had initially headed to southern Greece, then switched its destination to southern Turkey’s Mersin Port, before removing any reference to a destination.