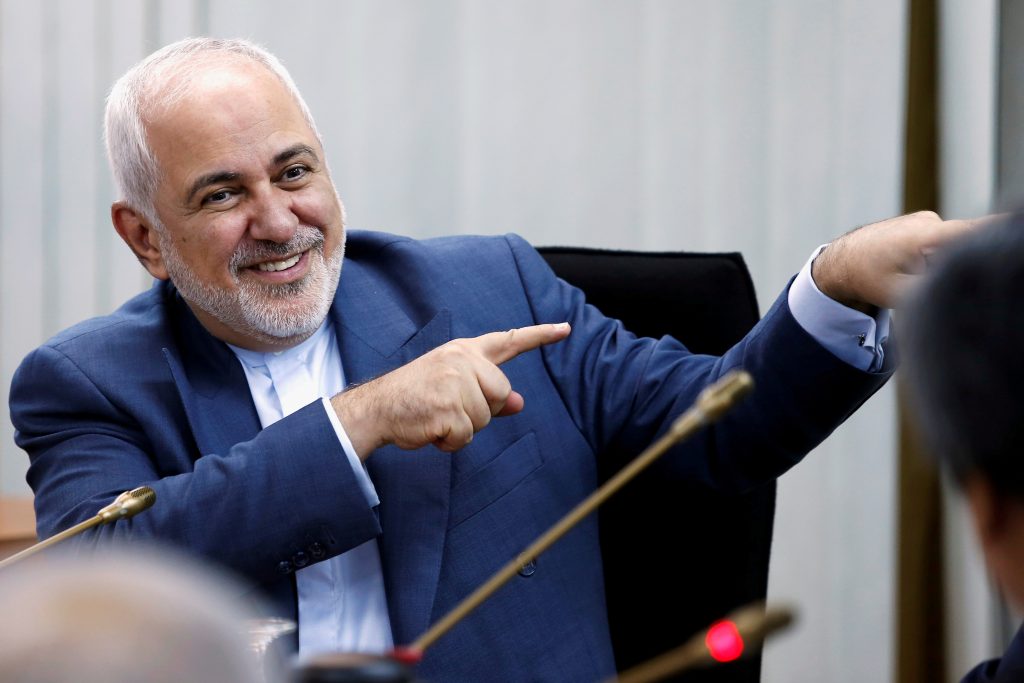 Iran‘s Foreign Minister Mohammad Javad Zarif said on Thursday the United States must observe the 2015 nuclear deal and stop engaging in “economic terrorism” against the Iranian people if Washington wants to meet for talks.

Tensions between Tehran and Washington have risen since President Donald Trump’s administration last year quit an international deal to curb Iran‘s nuclear ambitions and began to ratchet up sanctions.

Iran, which has slowly been breaching the nuclear deal in retaliation for U.S. sanctions, has threatened further violations in early September unless it receives sanctions relief.

“So if they want to come back into the room there is a ticket that they need to purchase and that ticket is to observe the agreement,” he said, referring to the 2015 nuclear deal.

Zarif said Iran does not want to meet for the sake of meeting. “We need to meet if there is a result,” he said.

Trump said this week he would meet Iranian President Hassan Rouhani under the right circumstances to end the confrontation over the 2015 deal and that talks were underway to see how countries could open credit lines to keep Iran‘s economy afloat.

Rouhani has said Iran would not talk to the United States until all sanctions were lifted.

“We will expedite the legal process for the British tanker that is now in our custody after they basically committed sea crimes by taking our ship,” he said, adding that Iran will not be lenient about ships in the Persian Gulf that violate laws.

The U.K.-flagged Stena Impero was diverted to an Iranian port on July 19, two weeks after Britain detained an Iranian tanker off the territory of Gibraltar.

Washington has called on its allies to join an operation to guard shipping in the Strait of Hormuz, a vital gateway for the world’s oil industry. So far, Britain, Australia and Bahrain have joined the U.S.-led security mission.

Washington’s call followed a series of attacks on international merchant vessels, which the United States has blamed on Iran, and the Iranian seizure of a British oil tanker.

Tehran has denied accusations that it was behind attacks on six tankers in May and June.

“We have been lenient about ships in the Persian Gulf. They break laws about communication about sea lanes, about discharge of waste. Now there is no reason to be lenient with those who violate international laws,” Zarif said.

Zarif paid an unexpected visit to the G-7 summit in France over the weekend, holding talks on the sidelines of the meeting with French officials.

French President Emmanuel Macron opened an avenue towards a diplomatic solution to the U.S.-Iran standoff at the summit, saying that Iranian President Rouhani had told him he was open to a meeting with Trump.