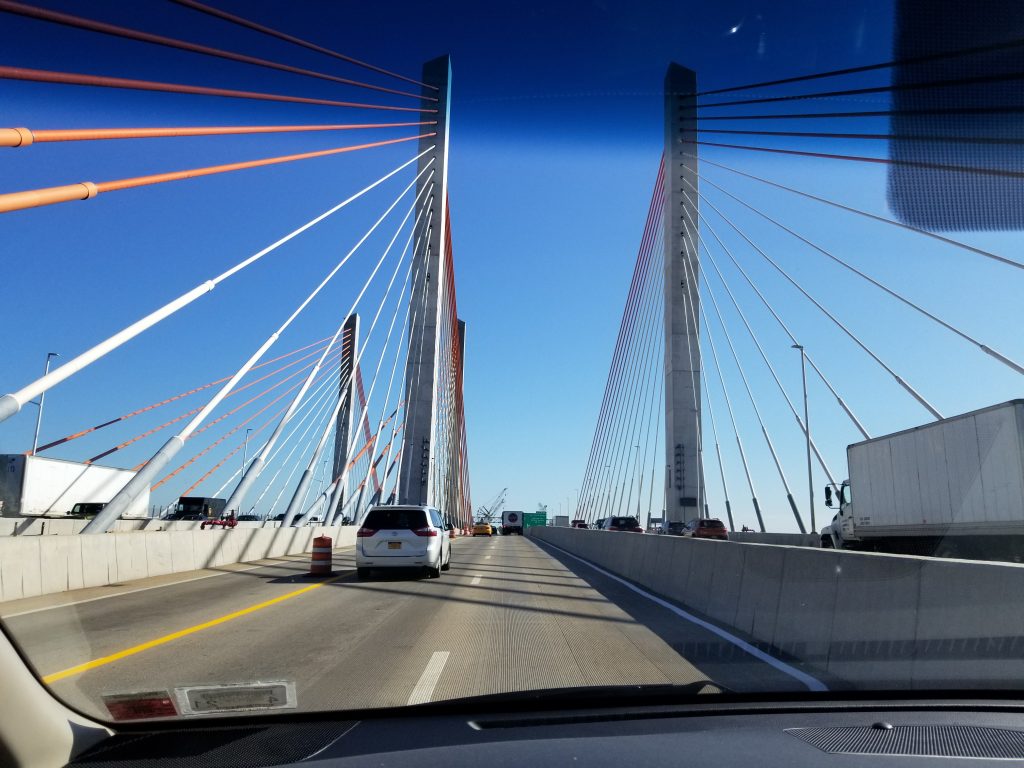 The second span of the new Kosciuszko Bridge between Brooklyn and Queens has opened to traffic.

A ceremony on Wednesday night included a light show with music.

The bridge features five Queens-bound traffic lanes and four Brooklyn-bound lanes as well as a 20-foot-wide pedestrian and bicycle pathway.

A 7-acre site beneath the bridge in Brooklyn will be turned into a public space and park.

The first part of the new bridge was completed in April 2017.

The $873 million project is the first major bridge built in New York City since the Verrazzano-Narrows Bridge in 1964. The original Kosciuszko Bridge opened in 1939.