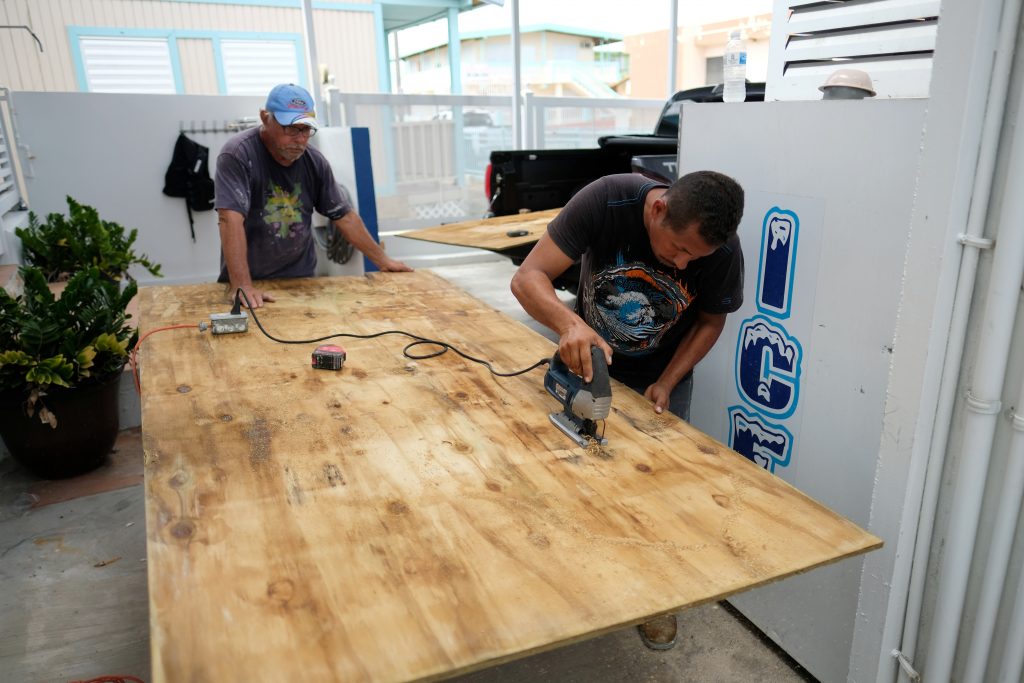 Puerto Rico was bracing on Wednesday for the arrival of Tropical Storm Dorian, closing schools and diverting cruise liners even as it is still struggling to recover from devastating back-to-back hurricanes in 2017.

Those hurricanes killed about 3,000 people just months after the territory filed for bankruptcy to restructure $120 billion of debt and pension obligations.

Having been criticized over the response to the 2017 storms, the White House said in a statement that President Donald Trump had approved an emergency declaration for Puerto Rico late on Tuesday, allowing for the Federal Emergency Management Agency to provide assistance in coordination with ongoing disaster preparedness efforts.

“We are better prepared than when Hurricane María attacked our island,” Puerto Rico Governor Wanda Vazquez said during a news conference.

Vazquez, who took office this month after political turmoil led to the resignation of her predecessor, said preparations for the storm were more than 90% complete, culminating with the opening of emergency shelters.

Infrastructure ranging from electric power lines to telecommunications and banking networks were in better shape than they had been in 2017, she added.

Dorian, which passed over Barbados on Tuesday, is expected to move near or over Puerto Rico on Wednesday before approaching the Island of Hispaniola, which is shared between the Dominican Republic and Haiti, according to the Miami-based National Hurricane Center.

The Dominican Republic also ramped up storm preparations on Tuesday. Juan Manuél Mendez, director of the emergency operations center, said authorities have identified 3,000 buildings that can be converted into shelters, with capacity for up to 800,000 people.

By Tuesday evening, the storm was located about 275 miles (440 km) southeast of Ponce, Puerto Rico, carrying maximum sustained winds of 50 miles per hour, the NHC said.

Dorian is expected to dump 3 to 5 inches (8-13 cm) of rain on Florida when it reaches the state in the southeast United States, the NHC said.