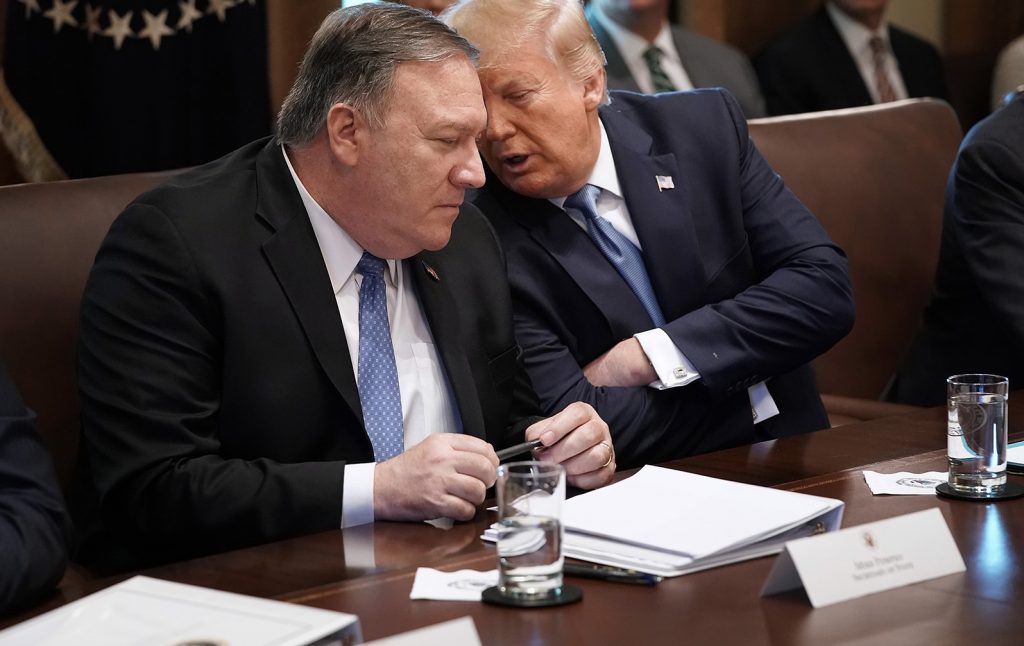 President Donald Trump agreed to drastically scale back plans to slash billions of dollars in foreign assistance after Secretary of State Michael Pompeo persuaded him against the move, two people familiar with the matter said.

After speaking with Pompeo and Treasury Secretary Steven Mnuchin on Monday, Trump agreed to limit the cuts to a few hundred million dollars, overruling demands by the Office of Management and Budget to reduce foreign-assistance spending by more than $4 billion. The cuts will be limited to Pakistan and countries in Central America, said the people, who asked not to be identified discussing internal deliberations.

OMB officials, and chiefly acting director Russell Vought, still believe they can persuade the president that deeper cuts are needed and continued to try to get him to change his mind on Tuesday, the people said. Acting White House chief of staff Mick Mulvaney, who had also championed the move, was on a fundraising trip Monday to Wyoming with Ivanka Trump and Jared Kushner, Trump’s daughter and son-in-law.

A senior administration official, who also asked not to be identified, said the president is still making a decision and pushed back on the notion he had definitively sided with Pompeo and Mnuchin. The person said that Trump has said things in recent days that are supporting deeper cuts totaling $4 billion.

Spokesmen for the State Department and the U.S. Agency for International Development, which oversees distribution of most of the targeted money, didn’t immediately respond to requests for comment.

It’s not even clear a scaled-back package of cuts would clear Congress. Any cuts would face bipartisan opposition from lawmakers, who had approved the funding. Non-governmental organizations argue the cuts, known as a rescission, would jeopardize crucial projects around the world and undermine American leadership.

A Trump decision to scale back planned cuts would mark a major victory for Pompeo and Mnuchin, who had successfully fended off a similar attempt last year.

The Professional Services Council, a group that represents contractors partnering with the government, had sent a letter to Mulvaney Aug. 13 arguing against the cuts.

“These arbitrary withholdings send adverse messages to our overseas partners at a time we seek to forge and maintain alliances to counter the rise of China, solidify the defeat of a resurging ISIS, and deter Iranian aggression,” PSC President David Berteau wrote.

Under Trump, the Office of Management and Budget has argued that U.S. foreign assistance has historically been rife with wasteful projects, including programs funding solar panels in the Caribbean and space camps for Pakistani youths. But such programs constitute a tiny fraction of the foreign aid budget. Among more significant programs that may be affected are efforts to counter Islamic State and a push to expand trade in the Indo-Pacific.

The move now puts the onus on Congress to act. Lawmakers are on recess until early September, but have promised to block the rescission. If they don’t act by Sept. 30, the money will automatically be returned to the Treasury.