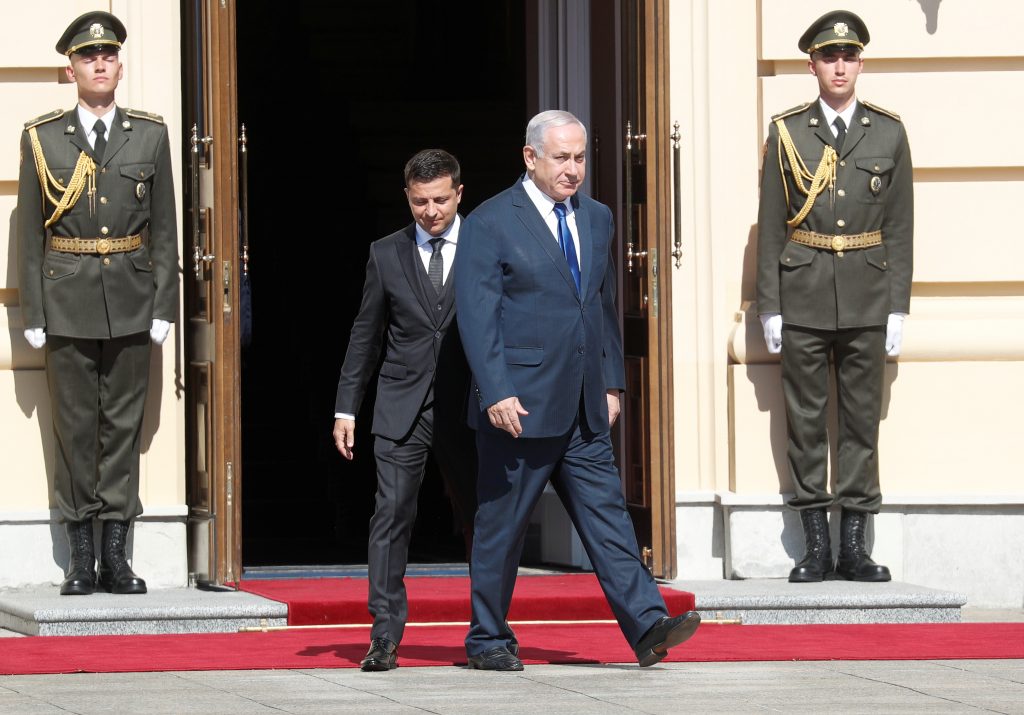 Zelensky said that Ukraine has “something to learn from Israel, especially in security and defense, and we will of course be doing that.”

Netanyahu’s visit began Monday morning with a visit to the Tomb of the Unknown Soldier and a monument to the Holodomor – the man-made famine in the Soviet Ukraine in 1932-1933 that killed millions.

After a meeting at the Presidential Palace, Zelensky and Netanyahu visited Babi Yar for a memorial ceremony at the site where some 34,000 Jews were murdered by the Nazis and Ukrainian collaborators in September 1941, Hy”d.

The prime minister is scheduled to return to Israel on Tuesday.