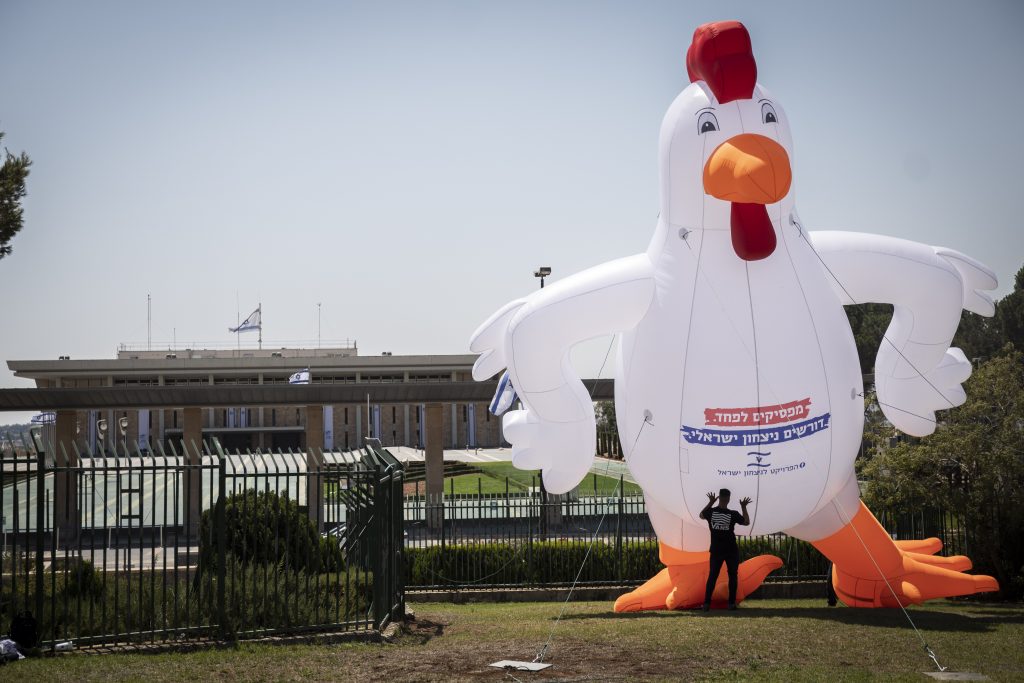 Critics of the Israeli government’s handling of Hamas and its failure to return slain IDF soldiers put a 32-foot-high chicken outside the Knesset on Wednesday to symbolize cowardice in the face of terrorism, The Jerusalem Post reported.

The chicken bore the slogan “putting an end to fear, demanding an Israeli victory.”

The Israel Victory Project (IVP) mounted the protest, which it said will be making a tour of the country in the coming months.

Professor Simcha Goldin — father of the fallen soldier Hadar, Hy”d, whose body is still held captive by Hamas in Gaza — said, “We need to change the equation in which Hamas kidnaps soldiers and uses them as an asset.

“Hamas is a terrorist organization of 30,000 thugs who hold 2 million Gazans hostage, and is running rings round Israel,” he said. “Israel’s citizens are not afraid, you are afraid. We demand policies.”

IVP works with the Forum of Bereaved Families, the Forum of IDF Disabled Veterans and some of the families who were removed from Gush Katif in 2005.

While English speakers often use chicken to mean cowardice, the Hebrew word does not carry this connotation, as the Post noted.