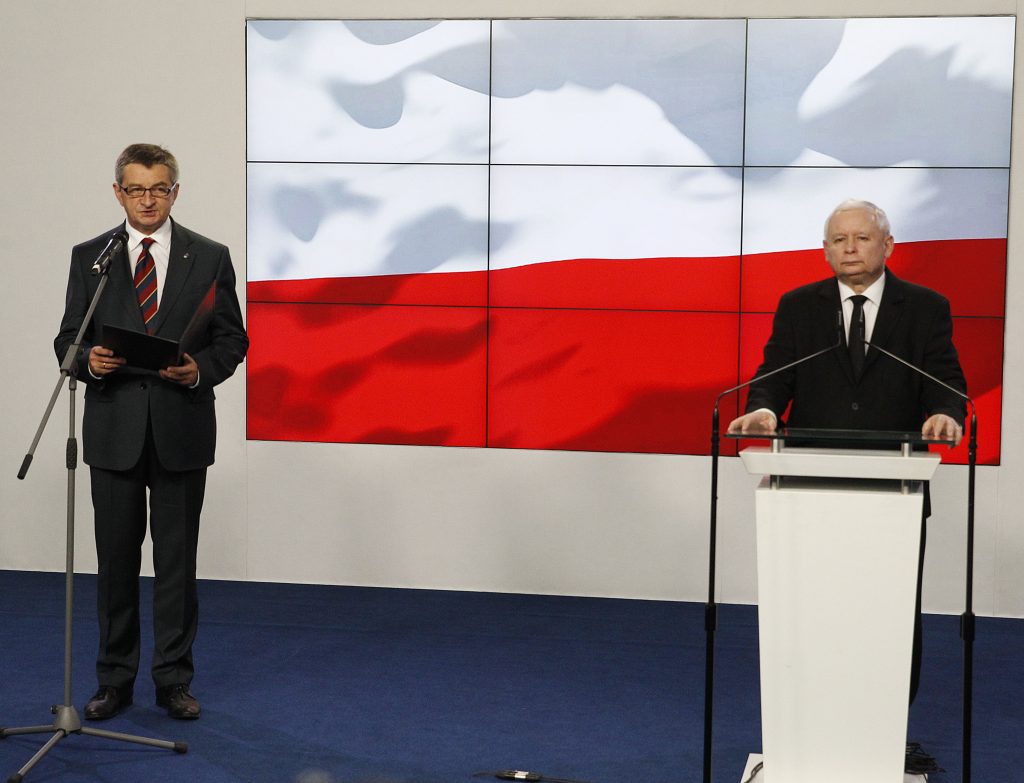 The speaker of the Polish parliament said Thursday that he is resigning after a scandal erupted over his and his family’s frequent use of government planes.

The affair was threatening to damage the reputation of the right-wing ruling party, Law and Justice, ahead of parliamentary elections in October.

Speaker Marek Kuchcinski said his resignation would take effect on Friday. He made the announcement at the party’s headquarters alongside party leader Jaroslaw Kaczynski.

Kuchcinski insisted that he had done nothing wrong and had simply flown a lot in order to meet the residents of small towns far from the capital. But he said that “because public opinion evaluates my conduct in a negative way, I decided that I could no longer fulfill this function.”

Polish politics have for days been consumed by the affair that has been dubbed “Air Kuchcinski.” The speaker was revealed to have flown often by government jet from Warsaw to his home city of Rzeszow, some 175 miles to the south. In one case, his wife was reportedly the sole passenger of a flight.

During Thursday’s news conference, Kaczynski said the speaker had not broken the law, but that his party was keen to respond to public anger and show that it sticks to high ethical standards.

Kaczynski said the key problem was a lack of clear regulations for the use by officials of government flights, and noted that former Prime Minister Donald Tusk, now a top European Union leader, also took numerous flights with his wife between Warsaw and his home city of Gdansk. He said that new rules will now be put in place.

Opinion polls show Law and Justice as the most popular political force in the country ahead of the elections scheduled for Oct. 13.

The district prosecutor’s office in Warsaw announced Wednesday that it was investigating possible irregularities in connection with Kuchcinski’s flights.