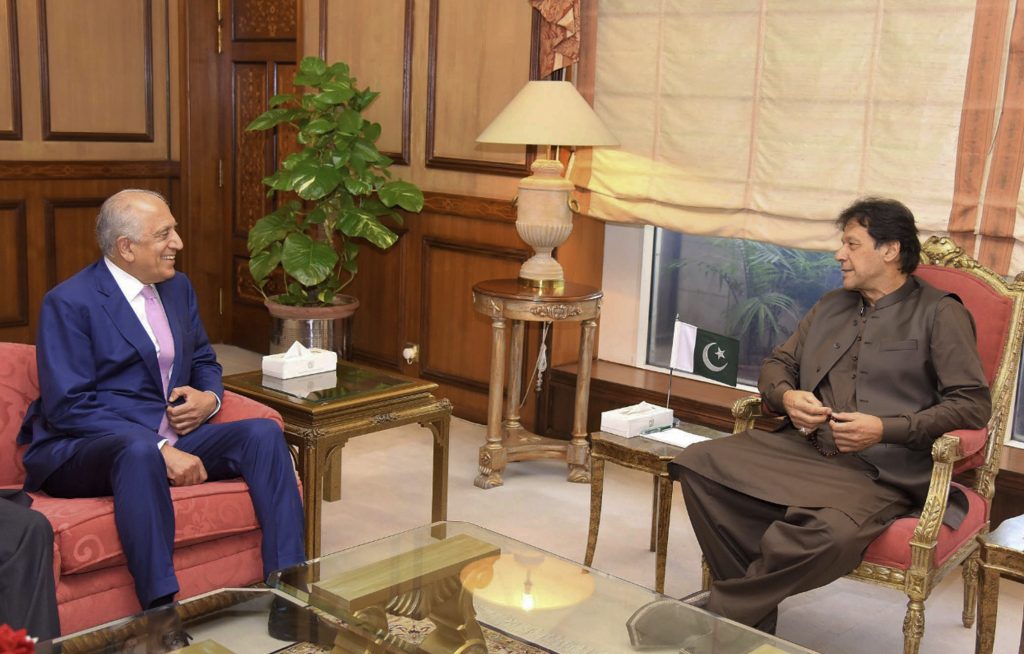 The Trump administration is preparing to withdraw thousands of troops from Afghanistan in exchange for concessions from the Taliban, including a cease-fire and a renunciation of al-Qaida, as part of an initial deal to end the nearly 18-year-old war, U.S. officials say.

The agreement, which would require the Taliban to begin negotiating a larger peace deal directly with the Afghan government, could cut the number of American troops in the country from roughly 14,000 to between 8,000 and 9,000, the officials said. That number would be nearly the same as when Donald Trump took office.

The plan has taken shape after months of negotiations between the Taliban and Zalmay Khalilzad, an Afghan-born American diplomat who was appointed by the Trump administration last year to jump-start talks. Officials said an agreement could be finalized ahead of the Afghan presidential election in September, though they cautioned that Taliban leaders could delay and that significant challenges remain.

The proposal is likely to be viewed skeptically by some U.S. and Afghan officials who question the Taliban’s honesty and wonder how the United States can verify whether Taliban leaders are following through. But if approved, it would be one of the most significant steps toward ending the war, a goal that increasingly has bipartisan support.

“I would say that they are 80 or 90 percent of the way there,” said one official, who like others spoke on the condition of anonymity to discuss details of the emerging deal. “But there is still a long way to go on that last 10 or 20 percent.”

A Taliban spokesman, Zabiullah Mujahid, declined to comment about the likelihood of an initial agreement. In a brief telephone interview Thursday, he said he did not know when talks would resume.

“We are hopeful,” he said. “Things look promising that there will be a breakthrough. We hope there won’t be any obstacle, but it also depends on the seriousness of the Americans.”

Khalilzad said in a tweet Wednesday that he plans to resume his next round of talks with the Taliban in Qatar soon and that if the group does its part, an agreement will be finalized.

Additional cuts to U.S. forces would be negotiated as part of discussions involving the Taliban and the Afghan government, U.S. officials said.

Army Gen. Austin “Scott” Miller, the top U.S. commander in Afghanistan, is open to the proposal, two defense officials said, because he believes it would protect U.S. interests by maintaining a counterterrorism force that can strike the Islamic State and al-Qaida. Miller, who took command in Kabul last September, previously has said that political negotiations are “absolutely” a key to ending the war.

U.S. officials acknowledged there are legitimate concerns that the Taliban might not break with al-Qaida, as Washington has demanded, or stand up to the Islamic State. Still, officials may be content with a partial troop withdrawal that opens the door to additional negotiations and keeps the counterterrorism mission alive as the status quo becomes politically untenable.

The Taliban has refused to talk with the Afghan government, which it calls a puppet regime, until it reaches a deal with the United States on its troops.

A Pentagon spokesman, Cmdr. Sean Robertson, said the Defense Department has not been ordered to withdraw forces from Afghanistan – a point that other officials describing the potential deal also stressed. Robertson declined to discuss what a partial troop withdrawal could include, saying the department does not comment on military planning.

“Our strategy in Afghanistan is conditions-based,” Robertson said. “Our troops will remain in Afghanistan at appropriate levels so long as their presence is required to safeguard U.S. interests.”

Afghan government officials, speaking on the condition of anonymity because of the sensitivity of the discussions, said they expected that an initial U.S. deal with the Taliban would include some U.S. troop reductions but did not know what numbers or timetable might be proposed.

The officials said they were pleased to hear that a U.S. proposal would require the Taliban to meet with them. But some expressed concerns that a partial pullout would embolden the Taliban.

“The Americans call this a peace negotiation, but the Taliban definitely perceive it as a withdrawal negotiation,” one Afghan official said.

A State Department official rejected that view, saying the United States is pursuing “peace” not “withdrawal.”