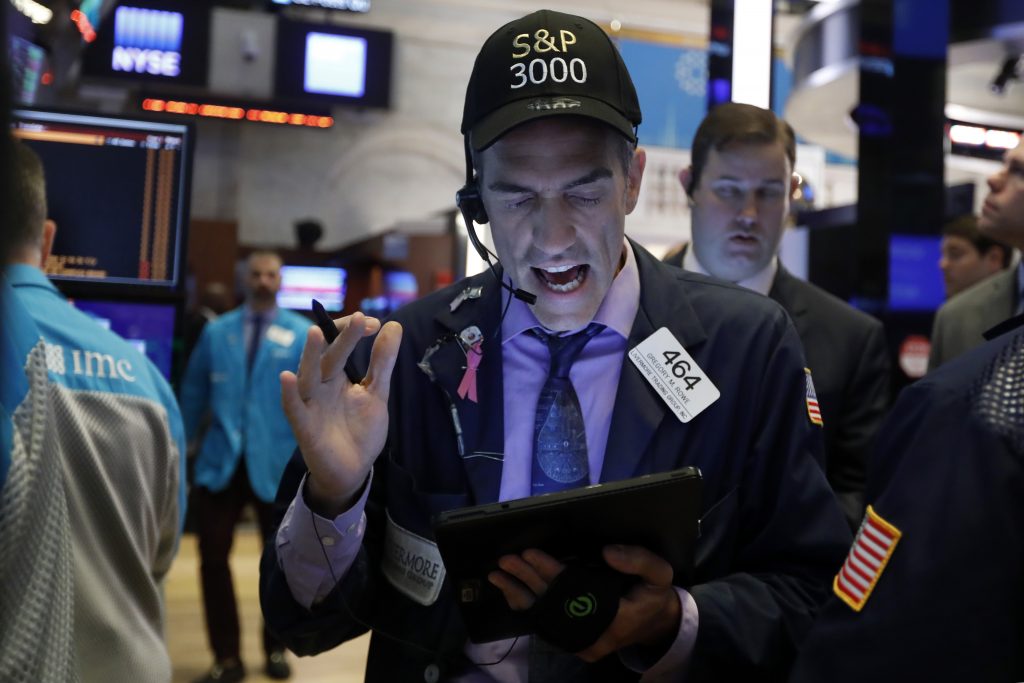 Stocks marched higher in late morning trading on Wall Street Thursday as investors focused on several solid earnings reports after a late bout of selling the day before.

Investors are nearing the end of a busy week that included Wednesday’s widely anticipated quarter-point cut to the Federal Reserve’s key interest rate. The market reacted with disappointment over the central bank’s caution over future rate cuts. Major indexes are on track for weekly losses.

The steady flow of corporate earnings continued, and several big-name companies reported surprisingly good results. The latest round of reports has been better than Wall Street initially expected just a month ago.

Investors still have some key financial reports to look out for this week. Oil companies Exxon and Chevron will report results on Friday. The government will also release its employment report for July on Friday.

BONDS: Prices for U.S. government bond rose again, sending yields even lower. The yield on the benchmark 10-year Treasury fell to 1.96%, the first time it’s been below 2% since July 3. That yield, a benchmark used to set interest rates on mortgages and other loans, has been declining steadily since November when it traded as high as 3.23%.

The latest jump in bond prices is signaling that investors still feel there is a risk of an economic downturn, said Michelle Girard, chief U.S. economist at NatWest Markets. It also comes a day after the Federal Reserve cut its benchmark interest rate for the first time in a decade to shore up economic growth.

Stocks slumped late Wednesday after Fed Chairman Jerome Powell suggested the Fed was not about to embark on an extended cycle of lowering interest rates, as many investors had hoped.

“The feeling remains that this is not going to be one-and-done and the Fed is still going to have to lower rates again this year,” Girard said.

CHIPPED CHINA: Qualcomm fell 1.6% after the chipmaker gave investors a surprisingly weak profit and revenue forecast because of problems in China. A ban on exports to China’s Huawei, which is part of the ongoing trade war between the U.S. and China, is hanging over the company. Meanwhile, demand is lower in China as the company’s customers temper new phone launches for the remainder of 2019 and focus on the launch of faster 5G phone technology next year.