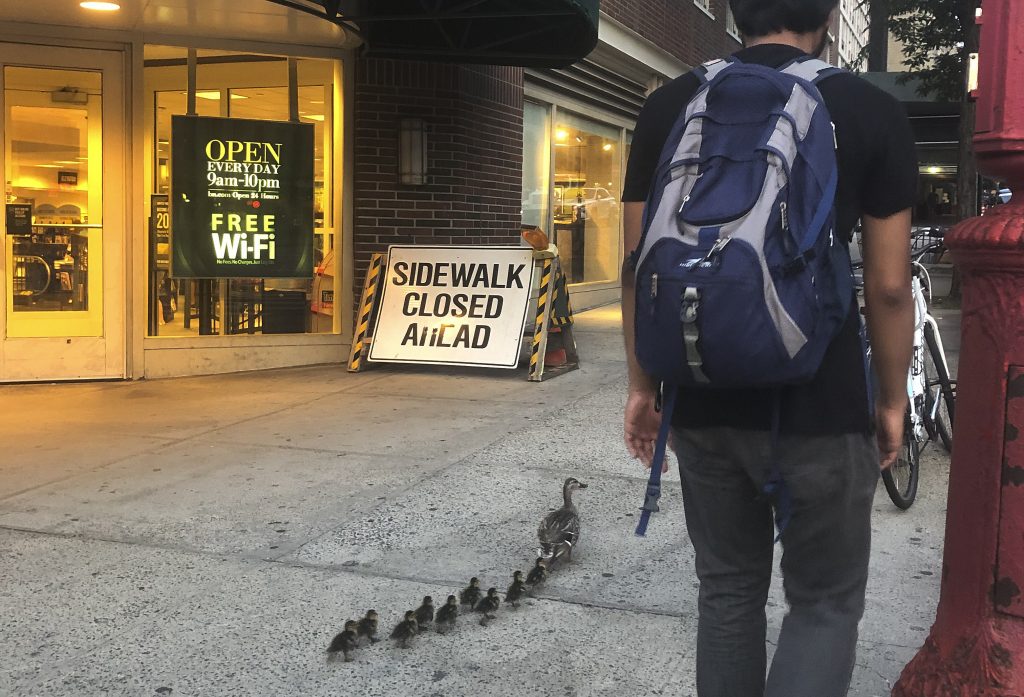 A mother duck and her nine babies were crossing a New York City street when three ducklings fell through a storm grate and had to be retrieved by police.

The rescue happened Sunday in the bustling Brooklyn neighborhood of Park Slope.

Witness Lynn Harris told the news site Gothamist people had noticed the ducks and were following beside them, trying to provide a safe escort when the mother duck was spooked by a dog.

That’s when three of her little ones dropped through the grate outside a hospital.

A crowd including animal rescuer Sean Casey gathered to help. Police officers opened the grate — but then dropped it into the hole.

A nurse peeked in and shouted, “They’re alive!”

The ducks were then taken to a shelter.