Manischewitz to be Acquired by Kenover Marketing 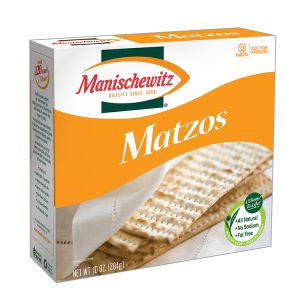 Kenover Marketing Corp., one of the world’s largest distributor of Kosher foods, announced they have reached an understanding to acquire of The Manischewitz Company, one of the largest manufacturers of kosher foods. The companies look forward to concluding the transaction in the near future and will then issue a public announcement with further details. The transaction will exclude the Season brand of products that Manischewitz had acquired many years ago.

The B. Manischewitz Company was founded in 1888 in Cincinnati, Ohio by Rabbi Dov Ber Manischewitz, who immigrated to the U.S. from Prussia. The original producers of machine Matzoh in America, Manischewitz became a household staple in Jewish homes for generations. In 1932, the company built a second production site in Jersey City, New Jersey, and the Cincinnati facility was closed in 1958.

The Manischewitz family took the company public in 1923, and it remained a public corporation until it was taken private by Kohlberg & Company in 1990. In 1998, Richard A. Bernstein purchased the company, and in 2004 its name was changed to the R.A.B. Food Group, LLC. Other well-known kosher brands associated with R.A.B. include Carmel, Elite, Mother’s, Rokeach, Mrs. Adler’s, and Tradition. Many of these were acquired by R.A.B. after successful runs as independent kosher labels. Today, the B. Manischewitz Company is known as The Manischewitz Company, operating out of Bayonne, N.J.

Kenover Marketing Corp., also known as Kayco, is owned by the Herzog family, owners of The Royal Wine Company and Kedem Wine Corp., the largest producer and distributor of wines in the U.S. The Herzog family produced wine in Czechoslovakia for over a century, and they were renowned as the wine supplier to the emperor of the Austro-Hungarian Empire, Emperor Franz Joseph. Eugene Herzog, the founder of Kedem, arrived in the United States in 1948, and his successful Kedem brand went on to become a household name.

Eventually Kedem branched out to producing and distributing other lines of foods, leading up to the creation of Kayco, one of the world’s largest distributor of Kosher foods. With the acquisition of The Manischewitz Company, Kayco is expanding its hold over the manufacture and distribution of kosher food.

Alexander Rappaport, Executive Director of Masbia Soup Kitchen Network, told Hamodia that in this past month of July, his network received record numbers of kosher food donations from both KayCo and Manischewitz. “It’s nice to see them merging into one big company. Their merit of tzedakah and feeding the needy should help their food empire grow to new levels and continue revolutionizing the kosher food world.”