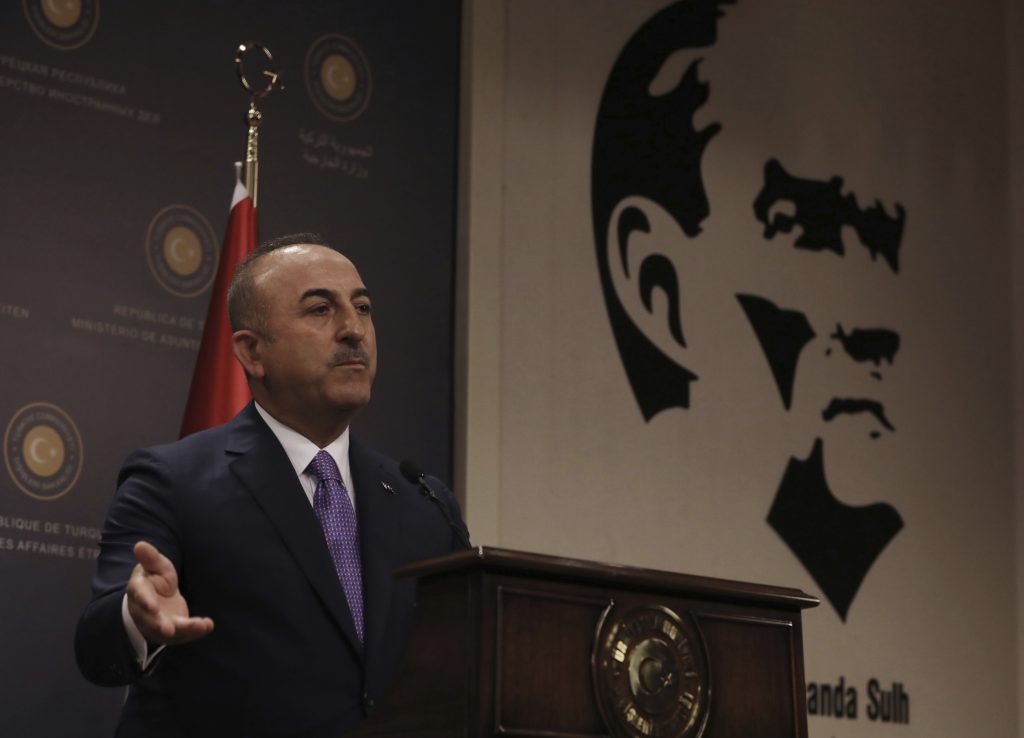 Turkey on Wednesday slammed a new U.S. proposal for a so-called “safe zone” in northern Syria, saying it was “not satisfactory” and warning that Ankara may launch a new offensive to secure its border if an agreement isn’t reached soon.

According to Foreign Minister Mevlut Cavusoglu, U.S. envoy James Jeffrey and other U.S. officials held talks with Turkish officials in Ankara about Syria, including the setting up of a safe zone along the Turkey-Syrian border.

“The United States must come with proposals that are satisfactory to us or are close to our proposals,” Cavusoglu said, adding that Turkey’s patience “has run out.”

Turkey views Kurdish fighters who have battled the Islamic State group alongside U.S. forces as terrorists, allied with a Kurdish insurgency within Turkey. Ankara wants the safe zone established east of the Euphrates River to keep the Kurdish fighters away from the border region.

Since 2016, Turkey has launched two cross-border offensives against IS and the Kurdish fighters. It has recently been sending reinforcements to its border area, signaling a possible new offensive.

Cavusoglu, speaking to reporters at a joint news conference with visiting Nicaraguan counterpart, Denis Moncada, said the U.S. delegation had offered new proposals on the safe zone, including possible joint patrols and “who would be in it and who would enter.” He did not elaborate on what was unsatisfactory about the new Washington proposal.

The U.S. Embassy in Ankara said the issues discussed included “proposals to enhance Turkey’s security along the border in northeast Syria.”

“The discussions were forthright, positive and productive,” the embassy statement read. “The U.S. and Turkey continue to exchange views on mutual concerns in Syria and we look forward to continuing these discussions, including through military-to-military consultations.”

Turkey and the U.S. have been divided on the size of the safe zone, who would control it and the degree to which the Kurdish fighters would pull back. Ankara wants Turkish troops to control the zone.

“Our wish is for a safe zone to be established soon,” Cavusoglu added. “Otherwise, we will do whatever is necessary ourselves.”