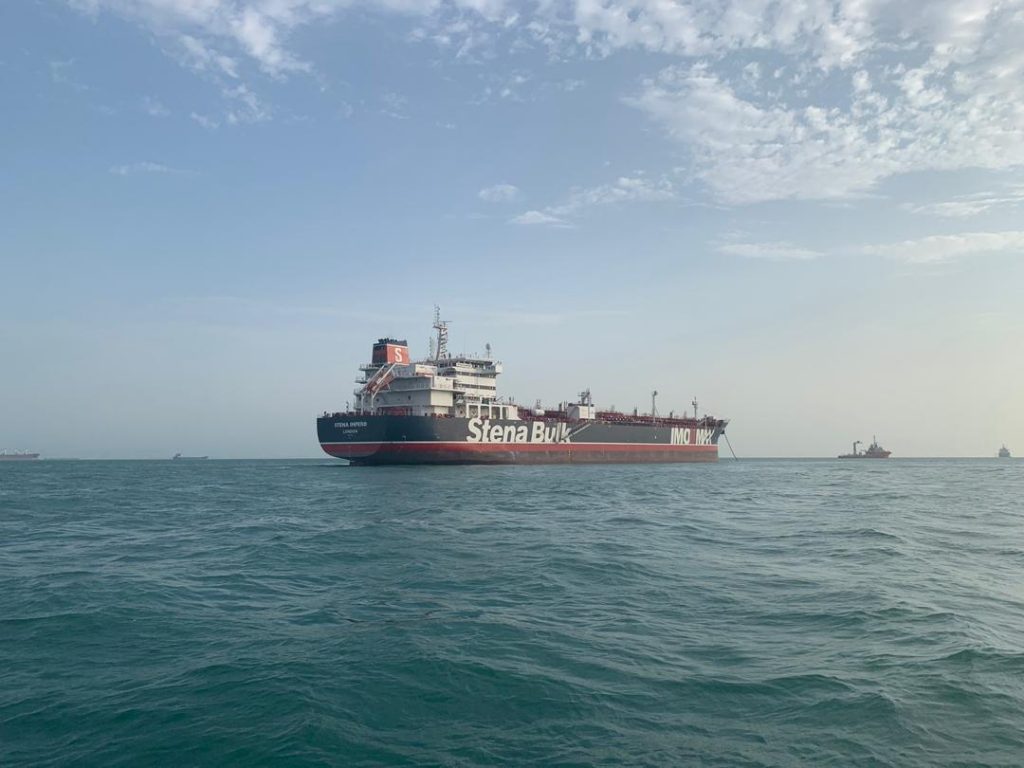 All 23 crew on the British-flagged tanker seized last week by Iran in the Strait of Hormuz are safe and well, the vessel’s Swedish operator Stena Bulk said on Wednesday after speaking to them.

Iran said on Saturday it had seized the Stena Impero because it had collided with a fishing boat. Stena Bulk said he has received no evidence of such a collision.

“We had direct contact with the crew on board the vessel last night by telephone and they’re all okay and in good health and they’re getting good cooperation with the Iranians on board,” the firm’s spokesman Pat Adamson said.

Its CEO Erik Hanell said he hoped Tuesday’s contact was “a first sign that we will soon see more positive progress from the Iranian authorities.”

Britain described the seizure as piracy and called on Monday for a European-led naval mission to ensure safe shipping through the Strait, a strategic waterway for oil transportation.

Adamson said the next step for the operator would be to try and get somebody on board to check up on the crew, but that he had no timeline for when the crew might be repatriated.

“We haven’t had any direct response from the Iranian authorities about visiting the vessel as yet but we hope we will have that soon,” he said.

“All the appropriate governments and embassies are supporting and helping us.”