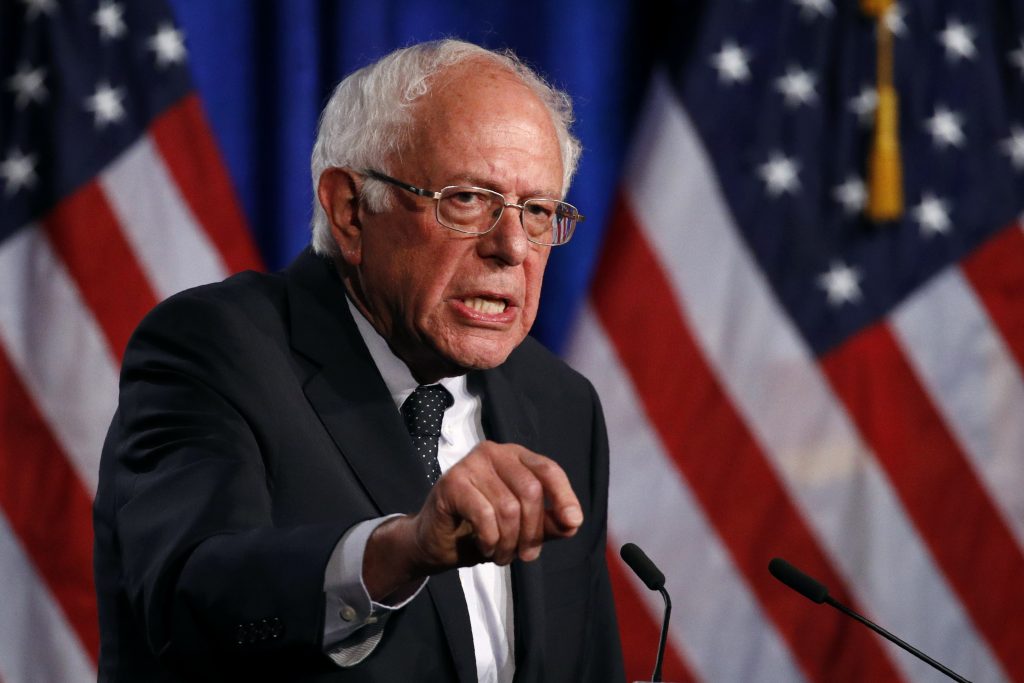 Unionized organizers for the presidential campaign of Sen. Bernie Sanders, I-Vt., approved a pay raise proposal from management late Monday, following a tense internal standoff in which employees had argued they were not being paid the wages Sanders advocates in his rhetoric.

Members of the union voted to approve a deal that would raise the annual salaries of field organizers from $36,000 to $42,000 and retain health-care benefits covering 100 percent of the cost of premiums, according to people with knowledge of the situation. They spoke on the condition of anonymity to describe sensitive negotiations.

Sanders confirmed the deal in an interview Tuesday on CNN, saying he was “happy to tell you . . . that offer was just accepted.”

Sanders campaign manager Faiz Shakir issued a statement to The Washington Post saying, “We have and will always be committed to the fight for fair pay, decent work conditions, and a strong labor movement, for our own workers and those all across this country. We’re proud to have successfully negotiated with the union in good faith to raise the pay of field organizers, while continuing to ensure our campaign staffers are being paid a living wage.”

Paying field organizers $42,000 a year puts the Sanders campaign in line with salaries paid by Sen. Elizabeth Warren, D-Mass., a rival candidate whose workers have also formed a union, and under the rate paid by some other competitors.

The deal would extend the workweek from five days to six days. But it would clarify that the expected hours worked each week would be 50. The changes would mean that if the organizers are working 50-hour weeks, then they would make an annual salary equivalent to more than $15 per hour, which Sanders has said for years should be the federal minimum. But if they work longer hours, which the union said could happen, stating that many may choose to do so, then the equivalent hourly rate would drop.

The agreement is similar, though not identical, to an earlier deal Shakir offered that was rejected by the union.

“Both the campaign staff and management have engaged in this process in good faith and to achieve a mutually agreed upon outcome. This is what democracy in the workplace looks like,” said the union representing the workers, the United Food & Commercial Workers Local 400.

The arrangement came after organizers battled Shakir for higher salaries. The Washington Post reported on Thursday that campaign employees had argued to Shakir that the compensation levels did not meet the principles Sanders advocates, invoking his campaign speeches as they made their case.

It was unclear whether the changes would satisfy most of the field organizers for the long run, or whether future tensions would arise with management. It also was unclear what if any role Sanders played in the process and when he first learned about the dispute.

A draft proposal union members were preparing to send Shakir last week estimated that field organizers were working 60 hours per week at minimum, dropping their average hourly pay to less than $13.

Sanders has long championed a $15-an-hour minimum wage, making it a key element of his agenda during both his 2016 campaign and his current effort, so the complaints by his workers threatened to undercut his argument that he is best positioned to fight for working-class Americans.

The Sanders campaign pays its interns, who are compensated hourly, at least $15 per hour.

Regional field directors, who are ranked higher than the field organizers, make $48,000 per year and have 85 percent of their health-care premiums covered by the campaign. Their compensation structure will not change under the new agreement, according to the union.

The Sanders campaign made history in March when it announced that all employees below the rank of deputy director would be represented by a union. The union and the campaign reached a collective bargaining agreement that went into effect on May 2.

But the pay for organizers, a key element in Sanders’s effort to build a political movement, soon became problematic. On May 17, Shakir convened an all-staff meeting and recommended raising their pay to $42,000, according to an email he later wrote to staff. The draft union document indicated he was also seeking to extend the workweek to six days.

The union rejected Shakir’s proposal because the raise would have elevated field staff to a pay level responsible for paying more of their own health-care costs, according to the union draft.

Still, negotiations continued between the union and the campaign through last week, according to a person familiar with the situation. Shakir was in a meeting with union organizers to discuss the issue when The Post reached out to him seeking comment last week, the person said.

Other campaigns have revealed their compensation structure for field organizers, who work on the front lines of voter contact efforts.

Andrew Bates, a spokesman for former vice president Joe Biden, said interns on the Biden campaign are paid at a rate of $15 an hour and that field organizers are paid a salary of $4,000 a month, or $48,000 a year.

The hours that organizers work each week vary, Bates said. During a 60-hour workweek, which is typical for presidential campaign organizers, they would be making the equivalent of $16.67 an hour. Biden campaign employees are not unionized.

The campaign of Democrat Pete Buttigieg, the mayor of South Bend, Indiana, said its organizers are paid $3,500 a month and work 50-hour weeks, a rate of about $16 an hour. The campaign for former Texas congressman Beto O’Rourke, D, said base pay for all staff is $50,400 annually.