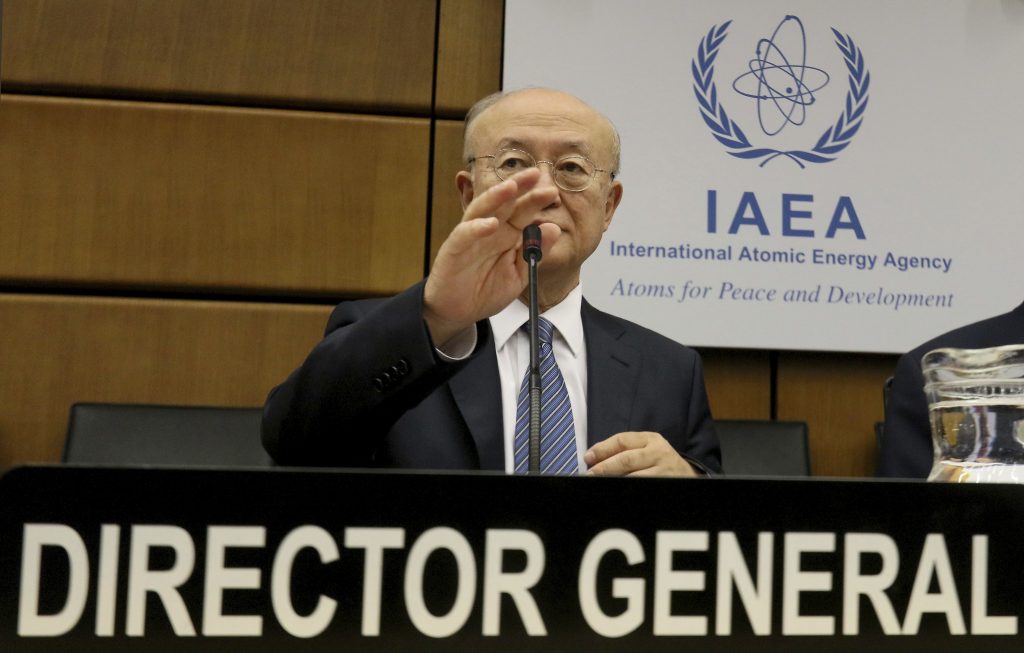 U.N. nuclear watchdog chief Yukiya Amano has died, the International Atomic Energy Agency said on Monday, the day he had been expected to announce he would step down early because of an illness that had visibly weakened him over the past year.

The 72-year-old Japanese diplomat had held the position of IAEA director general since 2009, taking over from Mohamed ElBaradei and steering the U.N. agency through a period of intense diplomacy over Iran’s nuclear program while seeking in vain to return to North Korea.

His death coincides with a sharp escalation of tensions between Iran and the West following Washington’s decision last year to quit a 2015 international deal that curbed Tehran’s nuclear program in return for an easing of economic sanctions.

President Donald Trump has reimposed U.S. sanctions on Iran, and the fate of the landmark deal, which the IAEA has been overseeing, is unclear.

“The Secretariat of the International Atomic Energy Agency regrets to inform with deepest sadness of the passing away of Director General Yukiya Amano,” the IAEA said in a statement.

Amano had been preparing to leave his position in March, well before the end of his third four-year term, which ran until Nov. 30, 2021. Diplomats who follow the agency had said he planned to announce his decision on Monday.

The IAEA announced last September that Amano had undergone an unspecified medical procedure. The specific nature of his illness has remained a taboo subject within the agency, diplomats said, but with each public appearance he had appeared increasingly frail.

Monday’s statement did not lay out a timeframe for naming a successor, though the race to succeed him had been taking shape since last week when it became clear he would step down early.

“The Secretariat is in communication with board members,” an IAEA spokesman said in an emailed statement when asked about the process for choosing a successor.

Argentina’s ambassador to the IAEA, Rafael Grossi, is running to succeed Amano, and diplomats say the agency’s chief coordinator Cornel Feruta of Romania, effectively Amano‘s chief of staff, is likely to run. Others could also enter the fray.

While each candidate will have their own management style, it is widely expected that there will be no major change in the agency’s handling of its most high-profile issues, including Iran and a potential return to North Korea, which expelled IAEA inspectors in 2009.

The lack of information around Amano‘s illness was also indicative of how his office dealt with sensitive information in general.

Diplomats from IAEA member states often expressed frustration in private at not obtaining more confidential information from Amano and his staff on issues such as its policing of Iran’s nuclear deal with major powers.

Amano, however, insisted that his agency was technical rather than political in nature, striking a contrast with his predecessor ElBaradei, who clashed with U.S. officials over Iran and was often less guarded in discussing sensitive issues.