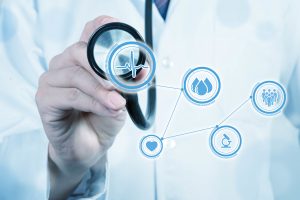 The Trump administration can expand the sale of short-term health-insurance policies that don’t meet the standards of the Affordable Care Act, a federal judge ruled, advancing the government’s efforts to undo Obamacare.

“Not only is any potential negative impact” from the rule “minimal, but its benefits are undeniable,” Leon wrote in a 40-page ruling. He said there’s no evidence the rule “is having or will have the type of impact – substantial exodus from the individual market exchanges – that would threaten the ACA’s structural core.”

Shares of companies that sell short-term health policies, including Health Insurance Innovations Inc. and eHealth Inc., jumped on news of the decision.

The ruling allows insurers to offer far cheaper plans to healthy people, freed from the ACA’s protections for those with pre-existing conditions as well as from its other requirements. That could lead to higher premiums for people in ACA-compliant plans by siphoning off healthier consumers from the ACA risk pool over time – and potentially to a political headache for Republicans on an issue that fueled the Democratic takeover of the House last year.

The judge based his ruling partly on the elimination of the individual-mandate tax penalty in the GOP’s 2017 tax law. Some Republican senators have since said they didn’t intend their vote to undermine protections for people with pre-existing conditions.

Susan Collins of Maine was the only Republican to vote for a Democratic resolution opposing the short-term plan regulation in October.

“It is essential that individuals who suffer from pre-existing conditions are covered,” she said then.

Two years after Sen. John McCain gave the thumbs-down to his Republican colleagues’ effort to repeal the ACA, the court case underscores the quickening tempo of the fight over President Barack Obama’s signature legislative achievement.

In March, another federal judge in Washington rejected the administration’s attempt to permit small businesses to band together to offer “association health plans” exempt from ACA rules, calling it “an end run around the ACA.” The same month, a third judge struck down administration-backed policies in Kentucky and Arkansas that required many people on Medicaid to work in order to maintain their eligibility for the health program for the poor.

Meanwhile, a federal appeals court is weighing a request to overrule a Texas judge’s decision late last year to strike down the ACA in its entirety, a move supported by the Justice Department.

Those suing to overturn the Trump administration’s short-term health-insurance regulation argued that the rule, which took effect on Oct. 2, thwarted Congress’s intent by permitting the plans to last as long as 364 days and to be renewed for three years. The Obama administration had limited them to three months. Leon heard arguments in the case on May 21.

The rule could create a longer-lasting alternative to ACA coverage that might lure healthier patients away from Obamacare, undermining the risk pools it depends on in offering its more comprehensive coverage, the plaintiffs argued. An attorney for the administration countered that there was a demand for policies cheaper than Affordable Care Act plans and that their availability hadn’t drawn people away from ACA coverage.

“No legislation pursues its purposes at all costs,” Leon wrote in rejecting the plaintiffs’ arguments. “To be sure, the ACA’s various reforms are interdependent and were designed to work together as features of the individual exchange markets. However, Congress clearly did not intend for the law to apply to all species of individual health insurance.”

The initiative to expand short-term coverage arose in 2017 after the Senate failed in its push for ACA repeal. In an executive order, President Donald Trump called for expanding access to short-term coverage, describing those policies as exempt from the ACA’s “onerous and expensive insurance mandates and regulations.”

Unlike Obamacare plans, the short-term policies don’t have to cover a standard set of essential benefits, and can be substantially cheaper. They also don’t have to pay out a minimum of 80% of the premiums they collect on medical care, an ACA rule that applies to other health insurance. Companies offering the plans can refuse to insure people with pre-existing medical conditions.

Those practices were typical of the individual insurance market in many states before the ACA came along. Obamacare was intended to end them but permitted short-term plans to remain on the market.

At the end of 2017, about 122,000 Americans were enrolled in short-term medical plans, according to data from the National Association of Insurance Commissioners. Trump’s policy could dramatically expand the market. Federal actuaries estimate that 600,000 more people might purchase short-term coverage in 2019 because of the rule.

McCarthy Says He Won’t Drop Out of Speaker Contention