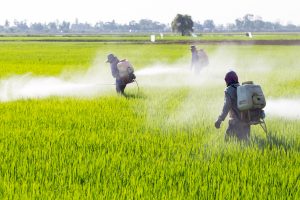 The Environmental Protection Agency is rejecting legal challenges by environmental groups seeking a ban of a pesticide linked to brain damage in children.

The EPA’s defense Thursday comes in response to an environmental group’s federal court fight to force the agency to ban the pesticide chlorpyrifos.

Scientists say studies show chlorpyrifos damages the brains of fetuses and children. The pesticide had been widely used nationally, but California and other states recently moved to ban it.

A federal appeals court earlier this year gave the EPA 90 days to address environmental groups’ challenges about the safety of chlorpyrifos.

In its response, the agency says the environmental groups failed to prove the pesticide isn’t safe.