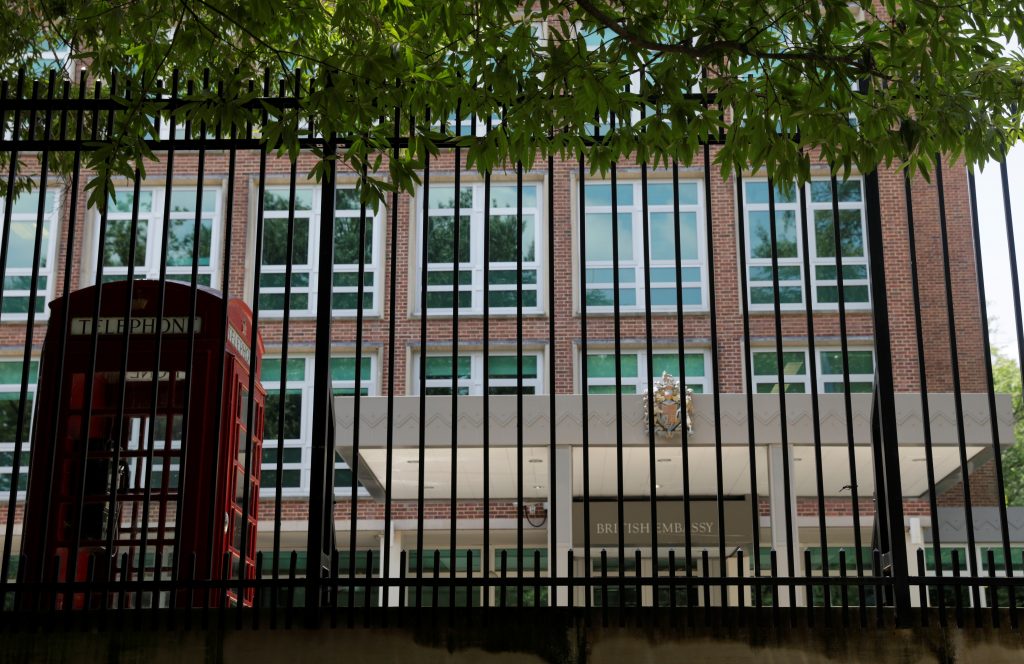 Britain’s ambassador to Washington resigned on Wednesday after Donald Trump labeled him “stupid” and “wacky” following the release of confidential memos from the envoy in which he branded the U.S. president’s administration inept.

Memos from Ambassador Kim Darroch were leaked to a British Sunday newspaper, infuriating Trump, who launched a stinging Twitter attack on both the envoy and British Prime Minister Theresa May, who had given the envoy her full support.

In a growing spat between the two close allies, Trump said he would no longer deal with Darroch and called May “foolish.” In his resignation letter, Darroch said his position was no longer tenable.

“Since the leak of official documents from this Embassy there has been a great deal of speculation surrounding my position and the duration of my remaining term as ambassador,” he wrote.

“I want to put an end to that speculation,” he added. ” The current situation is making it impossible for me to carry out my role as I would like.”

In his confidential memos dating from 2017 to the present, Darroch, 65, had said reports of in-fighting in the White House were “mostly true” and last month described confusion within the administration over Trump’s decision to call off a military strike on Iran.

May told Parliament that ministers had expressed their backing for Darroch, a career diplomat who was due to leave his post anyway at the end of the year.

“I have told him it is a matter of great regret that he has felt it necessary to leave his position as ambassador to Washington,” she said. “The whole Cabinet rightly gave its full support to Sir Kim on Tuesday.”

The souring of relations between Britain and the United States comes at a particularly unwelcome time for London, which is mired in the details of how and when to leave the European Union, a departure currently scheduled for Oct. 31.

Britain is hoping to strike a major post-Brexit trade deal with Washington as one of the upsides of leaving the bloc.

May herself is due to step down as prime minister by the end of July and while one of the two contenders to replace her, Foreign Minister Jeremy Hunt, had said Darroch should keep his job, the other, front runner Boris Johnson, had pointedly declined to do so.