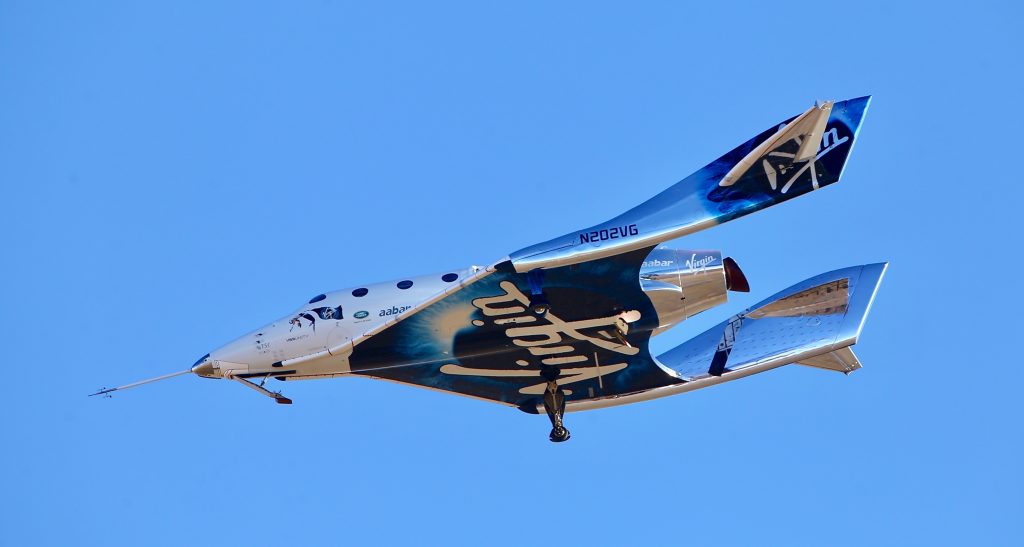 Virgin Galactic said Tuesday it is merging with Social Capital Hedosophia, whose CEO, Chamath Palihapitiya, will become chairman of the combined entity. The value of the merger was put at $1.5 billion.

“We are at the dawn of a new space age, with huge potential to improve and sustain life on Earth,” Branson said. “I am delighted that SCH has decided to become such an important part of our amazing journey. They share our dreams and together we will make them reality.”

The company intends to offer “a unique, multi-day experience culminating in a personal spaceflight that includes out-of-seat gravity and views of Earth from space.” It aims to complete the merger this year before listing on the New York Stock Exchange.

The company believes it is at an “inflection point” in its development as it moves toward launching commercial operations, and said it had overcome a number of the technical hurdles required to make the company profitable.

In December, Virgin Galactic’s tourism spaceship climbed 51 miles above California’s Mojave Desert, reaching for the first time what the company considers the boundary of space. The supersonic flight took the company closer to its aim of taking paying customers on the six-passenger rocket, which is about the size of an executive jet.

During a second flight in February, the spaceship, VSS Unity, carried pilots as well as a crewmember who tested the passenger experience. Virgin Galactic also recently announced it is moving more than 100 employees from Mojave, California, to a spaceport in New Mexico where they plan to conduct commercial operations.

It said that some $1 billion had been invested in the project since its inception in 2004, and that people are interested in taking part. Virgin Galactic said it has reservations from some 600 people in 60 countries, with $80 million in deposits and $120 million in potential revenue.

“In a transforming world of experiences and social media, VG believes that the market for exclusive, experiential products will continue to expand quickly and represents a significant opportunity for future growth,” it said in the merger announcement.

Branson isn’t alone in the space tourism business: Jeff Bezos’ Blue Origin is planning to take space tourists on trips while SpaceX’s Elon Musk recently announced plans to take a wealthy Japanese entrepreneur and his friends on a trip around the moon.