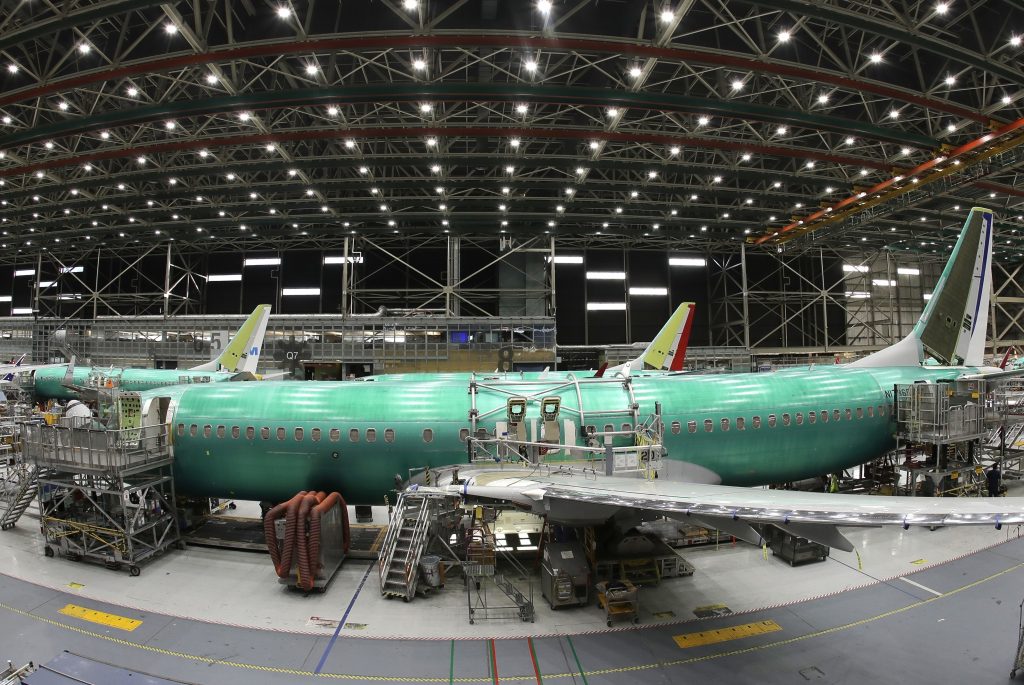 A Saudi budget airline is ordering 30 Airbus planes in a deal that replaces a $6 billion agreement it had with Boeing for its troubled 737 Max jets, which have been grounded after two deadly crashes.

It’s the latest blow to Boeing as it struggles to win back the public’s trust after 346 people died in crashes involving the Max jet, a Lion Air flight that went down off the coast of Indonesia, and an Ethiopian Airlines crash.

Nearly 400 Max jets around the world remain grounded since mid-March with airlines unable to use the planes until regulators clear them to fly again.

Flyadeal, a subsidiary of Saudi Arabian Airlines Corp., said Monday that its order means its fleet will consist of only Airbus A320s. It said the deal with the European plane maker includes options for a further 20 A320 Neo planes.

The statement did not name Boeing and did not disclose details of the cost, only saying it follows from an agreement signed during the Paris Air Show last month between Airbus and flyadeal’s parent company.

Boeing, meanwhile, faces dozens of lawsuits over the crashes of its 737 Max. Preliminary investigations point to the role played by new software that pushed the planes’ noses down.

The Chicago-based company said in a statement to The Associated Press on Monday that it does not comment on customer discussions. Rather, Boeing said it is proud of its long partnership with Saudi Arabia’s aviation industry.

“We wish the flyadeal team well as it builds out its operations,” Boeing said. “Our team continues to focus on safely returning the 737 Max to service and resuming deliveries of Max airplanes.”

In December 2018, Boeing had struck an agreement with flyadeal for 30 of the 737 Max jets with the option to purchase 20 more in a deal valued up to $5.9 billion at list price. At the time, Boeing said flyadeal had conducted an evaluation for 50 narrow-body airplanes and had selected the 737 Max for the future.

The 737 Max, which promised more seats and lower operating costs than its Airbus competitor, was Boeing’s fastest-selling airplane, accumulating more than 4,800 orders worldwide.

In April, Boeing reported a $1 billion charge against earnings because of higher production costs for the Max. Analysts expect more charges will follow, including compensation for families and for airlines that have lost the use of the planes until regulators clear them to fly again.

Boeing has apologized for the loss of lives and recently announced an “initial investment” of $100 million over several years to help families and communities affected by the crashes.

Lawyers who are suing Boeing on behalf of passengers’ families discounted the amount and said the $100 million won’t stop them from demanding that Boeing provide details about how the plane and its flight-control software were developed.