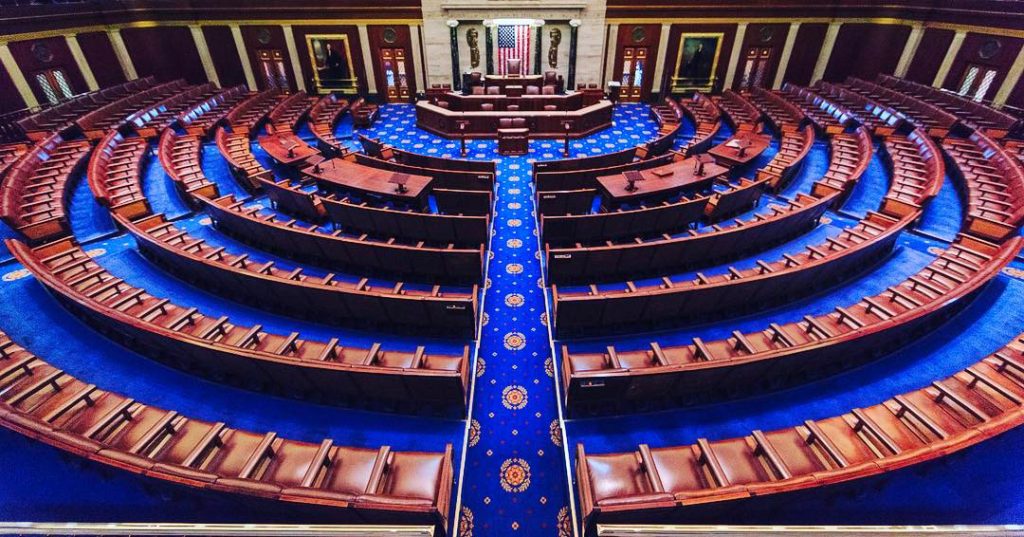 House Speaker Nancy Pelosi, D-Calif., faced sharp criticism Sunday from some liberal lawmakers and activists over her latest comments about a group of House Democratic women who opposed last month’s emergency border aid bill that was supported by the leadership.

The increasingly charged debate over the $4.6 billion package – and complaints that it failed to set standards for the humane treatment of migrants held in federal custody – underlined the tensions among Democrats over strategy and policy as they counter President Donald Trump.

Although Pelosi maintains that she is aggressively confronting President Trump on immigration and other fronts, there is widespread anger among liberals about the president and growing calls for Pelosi to resist working with the administration and begin impeachment proceedings.

“It is very disappointing that the speaker would ever try to diminish our voices in so many ways,” Rep. Rashida Tlaib, D-Mich., who voted against the border bill, said on ABC.

Tlaib’s remarks came hours after Rep. Alexandria Ocasio-Cortez, D-N.Y., voiced her frustration with the approach of House Democratic leaders on Saturday night in a series of tweets. Ocasio-Cortez was responding to Pelosi’s comment in a New York Times interview that the opposition to last month’s border bill was both misguided and scant.

“I don’t believe it was a good idea for (Democrats) to blindly trust” the Trump administration “when so many kids have died in custody,” Ocasio-Cortez wrote. “It’s a huge mistake.”

Pelosi has repeatedly swatted back criticism of the border bill by citing her own horror at reports of poor conditions at overcrowded U.S. Customs and Border Protection facilities where unaccompanied children have been kept. She has said those reports made swift action necessary, even as Democrats oppose Trump’s immigration policies.

Still, four first-term House Democratic women with high profiles – Tlaib, Ocasio-Cortez, Rep. Ilhan Omar of Minnesota and Rep. Ayanna Pressley of Massachusetts – decided to vote against the measure, encouraged by liberal activists and migrant advocacy groups. Omar said at the time that the bill was only “throwing more money” at the Trump administration, which she accused of committing “human rights abuses.”

“All these people have their public whatever and their Twitter world,” Pelosi said in an interview with New York Times columnist Maureen Dowd published online Saturday. “But they didn’t have any following. They’re four people and that’s how many votes they got.”

Ocasio-Cortez rebuked Pelosi’s comment to Dowd about her bloc’s “public whatever” in a Saturday tweet, writing, “That public ‘whatever’ is called public sentiment. And wielding the power to shift it is how we actually achieve meaningful change in this country.”

Tlaib argued Sunday that the opposition of the four first-term women is significant because of their backgrounds and life experiences, regardless of whether it caused consternation for House Democratic leaders.

Some House Democrats voiced support as the four lawmakers stood by their opposition to Pelosi’s handling of the border bill.

“The four House freshmen whom Pelosi dismisses in the Dowd column have done more to define the vision and moral center of today’s Democratic party than all of the message bills pushed by the party leadership combined,” Fallon wrote in a Sunday tweet.

Hammill also tweeted Sunday that Pelosi was responding to Dowd’s question about the specific criticism “this group leveled against Pelosi” on the border bill – and he said she was not making a broadly contemptuous statement about their political standing.

“She’s not talking about them as votes but referring to the Tuesday vote where they were the only four Dem nays,” Hammill wrote.

In the Dowd interview, Pelosi criticized news coverage of the Democratic response to Trump’s immigration efforts as making “a story that is more about Democrats divided than the fact that” Senate Majority Leader Mitch McConnell, R-Ky., “doesn’t care about the children.”

Pelosi’s interview with Dowd is not the first time she has drawn the ire of liberals for how she has talked about Ocasio-Cortez and other influential freshmen.

During an April interview with CBS’s “60 Minutes,” Pelosi said that the faction of leadership-clashing lawmakers was “like five people” as she defended her record as a liberal leader. In an interview with USA Today that same month, she said, “While there are people who have a large number of Twitter followers, what’s important is that we have large numbers of votes on the floor of the House.”

The House passed a $4.5 billion emergency border aid bill on June 25. The 230-to-195 vote, largely along party lines, followed a flurry of last-minute negotiations among Democrats.

Inside a closed-door Democratic caucus meeting before the vote, Pelosi characterized a vote against the House bill as “a vote for Donald Trump and his inhumane, outside-the-circle of civilized attitude toward the children,” according to notes taken by an aide present in the room who was not authorized to comment publicly.

Pelosi asked the members in the room if anyone had a problem with the bill. She was met with silence, according to the aide’s notes.

But under pressure to finish the emergency package before the July Fourth congressional break, Pelosi and Democratic leaders caved to rebellious moderates and the GOP, as the House backed the bipartisan, $4.6 billion Senate bill that had fewer restrictions on the Trump administration.

Rep. Joaquin Castro, D-Texas, chairman of the Congressional Hispanic Caucus, called on Congress last week to pass a bill this month addressing next year’s spending by the Department of Homeland Security, frustrated that the emergency legislation failed to include explicit standards for the care of migrants in federal custody.

“We need to leverage our power in the House of Representatives,” Castro said in an interview. Any new border legislation, he said, needs to “move people out of the system faster, lift the standards of care and, for the long term, invest in Central America so that you have less people desperate enough to try to make the journey.”

Pelosi did not personally respond to the criticism from Tlaib and Ocasio-Cortez on Sunday.