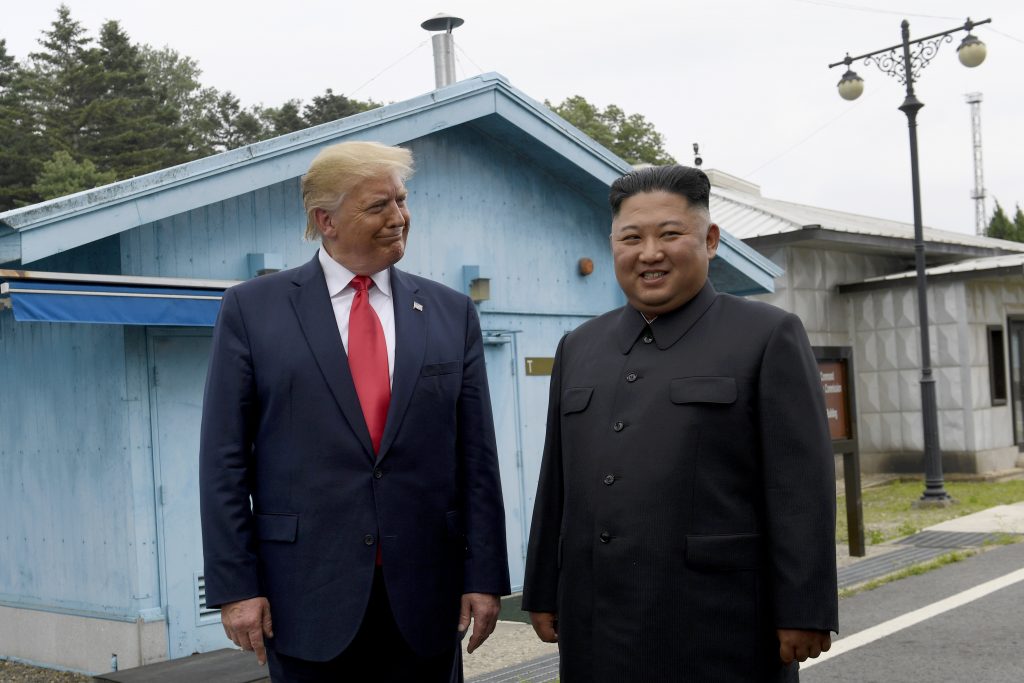 North Korea‘s mission to the United Nations accused the United States on Wednesday of being “more and more” dead-set “on hostile acts” against Pyongyang, despite President Donald Trump wanting talks between the two countries.

In a statement the mission said it was responding to a U.S. accusation that Pyongyang breached a cap on refined petroleum imports and a letter that it said was sent on June 29 by the United States, France, Germany and Britain to all U.N. member states urging them to implement sanctions against North Korea.

“What can’t be overlooked is the fact that this joint letter game was carried out by the permanent mission of the United States to the U.N. under instruction of the State Department, on the very same day when President Trump proposed for the summit meeting,” the statement said.

Trump became the first sitting U.S. president to set foot in North Korea on Sunday when he met leader Kim Jong Un in the Demilitarized Zone (DMZ) between the two Koreas. The pair agreed to resume stalled talks aimed at getting Pyongyang to give up its nuclear weapons program.

The North Korean U.N. mission said the June 29 letter to U.N. member states “speaks to the reality that the United States is practically more and more” dead-set “on the hostile acts against the DPRK, though talking about the DPRK-U.S. dialogue.”

North Korea is formally known as the Democratic People’s Republic of Korea (DPRK).

The U.N. Security Council has unanimously boosted sanctions on North Korea since 2006 in a bid to choke funding for Pyongyang’s nuclear and ballistic missile programs, banning exports including coal, iron, lead, textiles and seafood, and capping imports of crude oil and refined petroleum products.

The United States, backed by dozens of allies, told a council sanction committee last month that North Korea had breached an annual U.N. cap of 500,000 barrels imposed in December 2017, mainly through transfers between ships at sea.

Washington wanted the 15-member North Korea sanctions committee to demand an immediate halt to deliveries of refined petroleum to North Korea. However, Pyongyang allies Russia and China delayed the move.

The letter from the United States, Germany, Britain and France cited by North Korea‘s U.N. mission – and viewed by Reuters – was actually dated June 27. It urges all U.N. member states to comply with Security Council sanctions requiring the repatriation of all North Korean workers by Dec. 22, 2019.

“It is quite ridiculous for the United States to continue to behave obsessed with sanctions and pressure campaign against the DPRK, considering sanctions as a panacea for all problems,” the North Korean U.N. mission said on Wednesday.

Following Sunday’s meeting between Kim and Trump, U.S. Secretary of State Mike Pompeo said a new round of denuclearization talks would likely happen “sometime in July … probably in the next two or three weeks” and North Korea‘s negotiators would be Foreign Ministry diplomats.

“All U.N. member states will have to keep vigilance against deliberate attempts by the United States to undermine the peaceful atmosphere that has been created on the Korean Peninsula in no easy way,” the North Korean statement said.