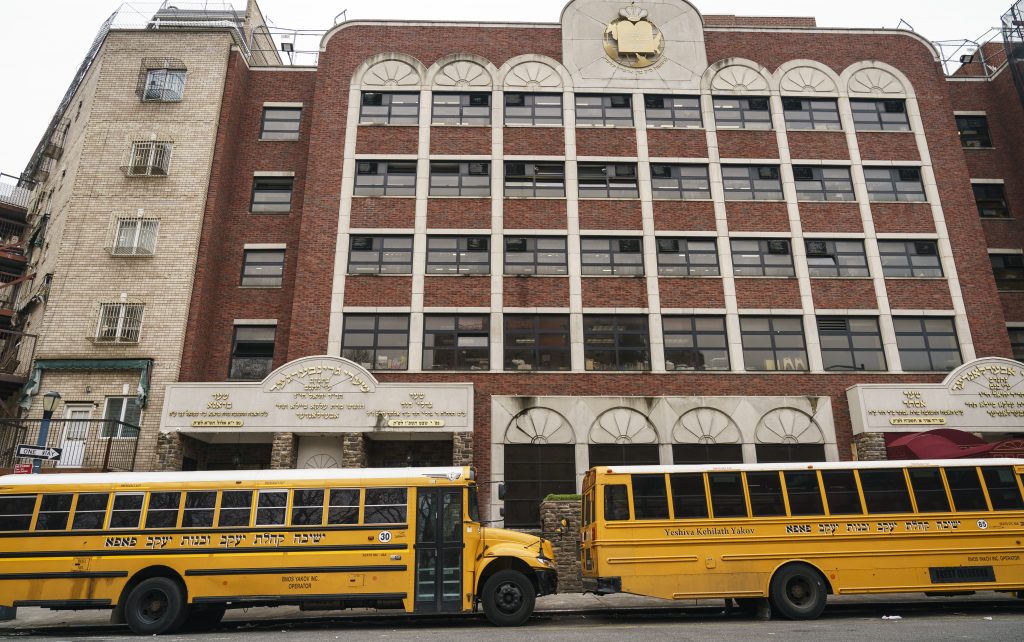 The New York state Education Department on Wednesday published proposed guidelines for secular-studies instruction in private schools, largely identical to those previously struck down by a judge on procedural grounds, drawing swift condemnation from yeshivah advocates.

The guidelines, which provide detailed instructions for how private schools must fulfill the longstanding legal requirement that they provide an education “substantially equivalent” to that provided in public schools, mandate specific courses and the minimum number of hours to be dedicated to the study of each. The time requirements would obligate yeshivos, with a four-day week, to teach an average of more than four hours per day of secular studies in seventh and eighth grades, and an average of more than three hours per day in high school.

Among the required subjects is arts, which many yeshivos and Orthodox Jewish parents object to, and music and visual arts, which yeshivah parents who spoke with Hamodia believe is time that could be better spent on more worthy pursuits.

Yeshivos will be placed under the purview of the local school authority (LSA), which will visit each yeshivah to determine whether it is fulfilling the substantial-equivalency requirement. In most areas of the state, the LSA is the trustees of the board of education of the district; in New York City, it is the school’s chancellor.

LSA’s are required to make an initial visit to each school within its district by no later than the end of the 2022-2023 school year, and make regular visits thereafter.

The Education Department issued largely similar guidelines in November 2018, but after a lawsuit was filed by Jewish, Catholic, and non-religious private-school groups, a judge ruled in April that the guidelines were an illegal circumvention of the rulemaking process, which requires publishing the proposed rule, giving time for public comment, and having a public hearing and vote by the state Board of Regents.

Wednesday’s publication of the new guidelines commences a public-comment period, which ends September 2. A vote by the Board of Regents on a final set of regulations will likely be held sometime in the fall.

Education Commissioner MaryEllen Elia said in a statement Wednesday that “nonpublic schools are an important part of the educational landscape in New York State,” and that “with the regulations, we will ensure that all students — no matter which school they attend — have the benefit of receiving the education state law says they must have.”

But yeshivah advocates and parents sharply condemned the guidelines as an intrusion into parental choice and religious liberties.

Parents for Education and Religious Liberty in Schools (PEARLS), a yeshivah-advocacy organization, said that the proposed regulations “disregard the long history of success demonstrated by private schools across New York State,” “undermine the choices made by parents who choose private schools for their children,” and “substitute the education bureaucracy in Albany for the private school leadership sought by parents and students.”

PEARLS said it urges the Education Department “to work with the private school community in a manner that respects the success, autonomy, history and purpose of private schools.”

Emily DeSantis, the Education Department’s Assistant Commissioner for Public Affairs, told Hamodia, “We will consider all feedback we receive on the draft regulations before issuing final regulations.”

“As a parent, my responsibility is to prepare my children for a successful and happy future,” said Tziri Hershkovitz, a Williamsburg mother. “To that end, education is an absolute priority. But in a free country, what that education should entail, should be the choice of the parents. The hours not spent on secular studies are when we inculcate Torah values that shape their identity and prepare them for meaningful living.”

A Boro Park mother, who asked to be identified only as Leah, said, “I spend $15,000 a year sending my child to a yeshivah high school, which I selected because I think it will best provide him the education I want him to receive. Though his yeshivah’s secular-studies curriculum — provided in addition to the grueling schedule of Torah studies — is fewer hours each day than public schools, he performed far better on his Regents exams than most public-school students. He is a scholar both in Torah and in secular studies.

“The state should not be interfering in how I choose to have my son educated; this is about parental choice and religious liberties.”