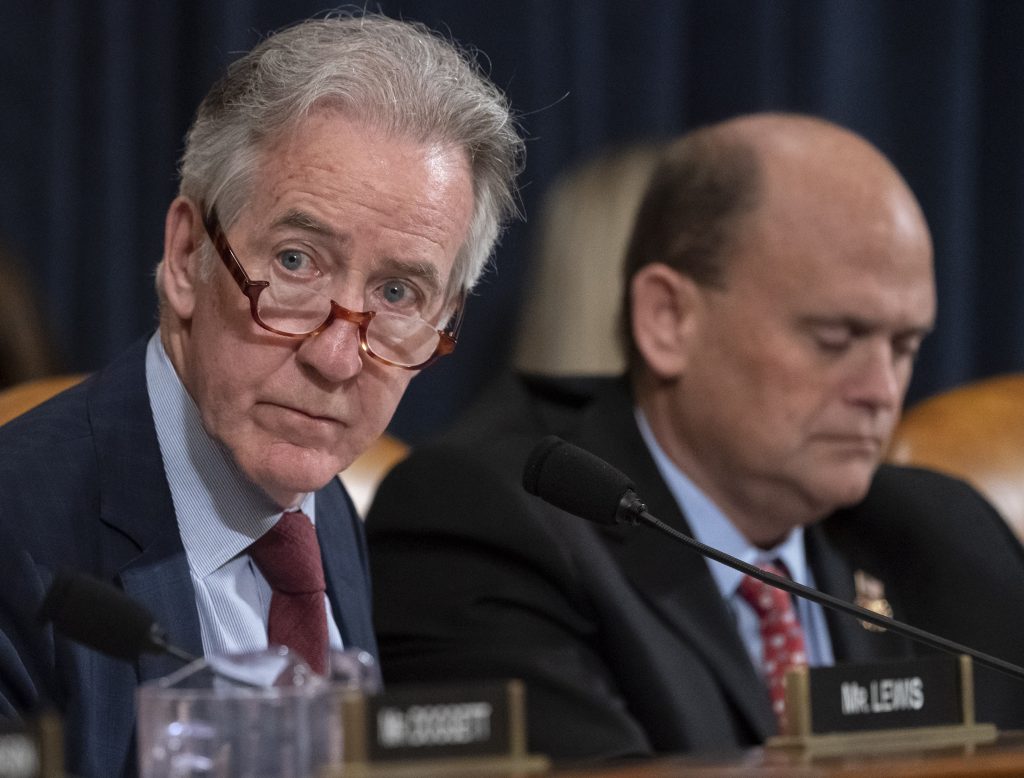 House Democrats filed a lawsuit Tuesday in federal court seeking access to President Trump’s tax returns, accusing the Trump administration of an “extraordinary attack” on Congress in preventing the disclosure of the president’s personal financial records.

Rep. Richard Neal, D-Mass., chairman of the House Ways and Means Committee, filed the lawsuit against the Internal Revenue Service and the Treasury Department after months of feuding with the Trump administration over the returns.

Treasury Secretary Steven Mnuchin and IRS Commissioner Charles Rettig, who have denied Democrats’ demands for the returns, are named as defendants.

“Defendants have mounted an extraordinary attack on the authority of Congress to obtain information needed to conduct oversight of Treasury, the IRS, and the tax laws on behalf of the American people who participate in the Nation’s voluntary tax system,” the 49-page lawsuit states.

Mnuchin in May rejected a subpoena issued by Democrats on the committee. That rejection pushed Neal to seek a court battle that legal experts say might go all the way to the Supreme Court, given the central questions it poses about the scope of Congress’s ability to oversee the White House.

The move also intensifies the expanding conflict over a range of oversight questions between Congress and the Trump administration, which has invoked privilege and sought to stonewall Democratic lawmakers’ investigations.

“This is a big deal that goes to the core of our government’s checks and balances, and could for many years shape the relationship between the executive and legislative branches,” said Steven Rosenthal, a legal expert at the Tax Policy Center, a nonpartisan think tank.

House Democrats and legal experts have pointed to a 1924 law that explicitly gives lawmakers the authority to seek the records, but the Trump administration has characterized Neal’s request as a partisan maneuver to embarrass his political opponents. Mick Mulvaney, Trump’s acting chief of staff, has said Democrats will “never” see President Trump’s returns.

Trump refused to release his tax returns during the 2016 presidential campaign in a break with decades of precedent from previous presidents. He has told advisers he is willing to take the fight over his returns to the Supreme Court, and has publicly argued that the tax returns were an issue in the 2016 election but that because he won, they should no longer be of concern.

Neal first demanded six years of Trump’s personal and business returns, from 2013 to 2018, in letters to the administration in April. Trump has claimed he cannot release his tax returns because he is under audit.

“Numerous investigative reports have revealed that President Trump, through the complex arrangements of his personal and business finances, has engaged in multiple aggressive tax strategies and decades-long tax avoidance schemes,” the lawsuit states. “Congress and the Committee, however, have thus far been unable to evaluate the President’s claims about the IRS’s audit process or to assess if and how President Trump has been able to take inappropriate advantage of the tax laws.”

Neal’s subpoenas to Mnuchin and Rettig requested the IRS turn over Trump’s individual income tax returns, all “administrative files” such as affidavits for those income tax returns, and income tax returns for a number of Trump’s business holdings such as the Donald Trump Revocable Trust, an umbrella entity that controls dozens of other businesses including the Mar-a-Lago Club in Florida.