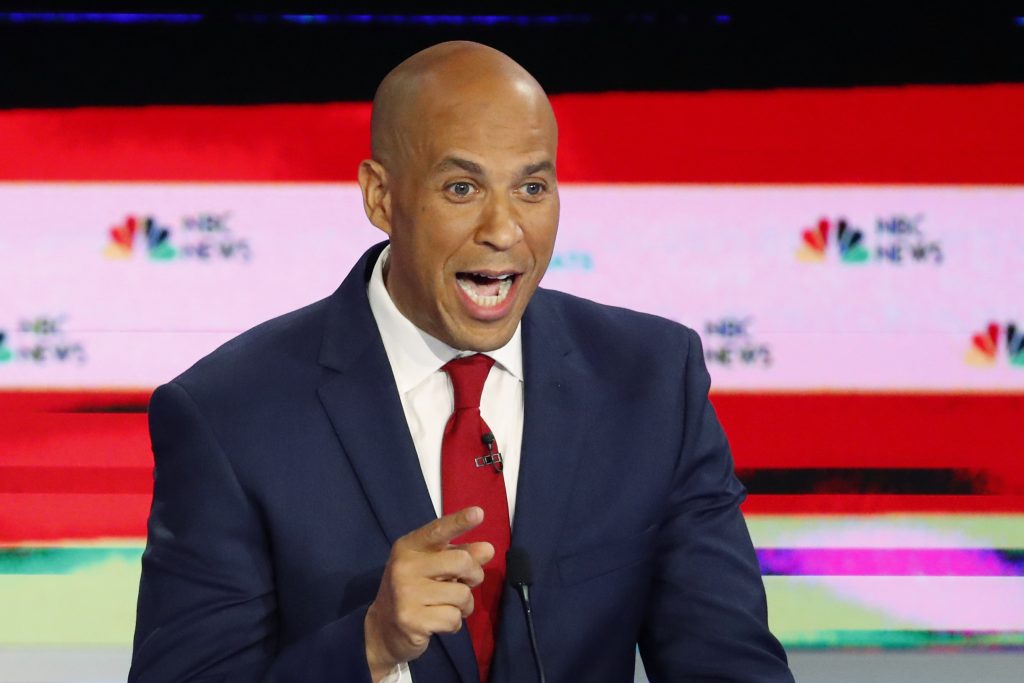 Cory Booker has rolled out an immigration agenda composed of changes he could make without relying on Congress, including a shift away from criminal prosecution of border crossings and a new mandate for migrant detention facilities to meet minimum standards.

Booker’s immigration plan, unveiled Tuesday, is one of the most detailed among Democratic White House hopefuls. His proposal sets a different tone from former Texas Rep. Beto O’Rourke’s immigration agenda by focusing entirely on executive orders that a future president could pursue without relying on a legislative deal that has proved elusive in recent years.

For instance, if elected, Booker would use his presidential powers to orient the Department of Homeland Security away from raids that target migrants at locations such as schools or churches while adding courthouses to that list, according to a summary released by the New Jersey senator’s campaign. Booker also vows to end President Donald Trump’s ban on travel to the U.S. by residents of certain majority-Muslim nations, the Trump administration’s use of quotas in immigration courts and multiple other policy changes that President Trump has used to reshape the nation’s immigration policy.

Booker released his plan the day that liberal activists planned nationwide demonstrations calling for the closure of immigration detention facilities that some advocates and attorneys have decried as subjecting migrants to unsafe conditions . More than a half-dozen Democratic presidential candidates visited a South Florida detention center during their trips to Miami for last week’s first primary debates, a show of force that helped draw sustained attention to conditions at the facilities.

Two of the candidates, Massachusetts Sen. Elizabeth Warren and former Housing Secretary Julián Castro, have called for the rollback of the statute that empowers the criminal prosecution of migrants who cross the border. Booker also favors an end to that provision of the law, which would require congressional action, and said on Tuesday that his administration would move federal prosecutors’ focus away from charging migrants with criminal offenses unless they pose a threat to public safety.

Booker launched his 2020 campaign in February. He is polling in the single digits in the Democratic primary, trailing five or more rivals, but his campaign took heart in a strong performance at last week’s first debates.