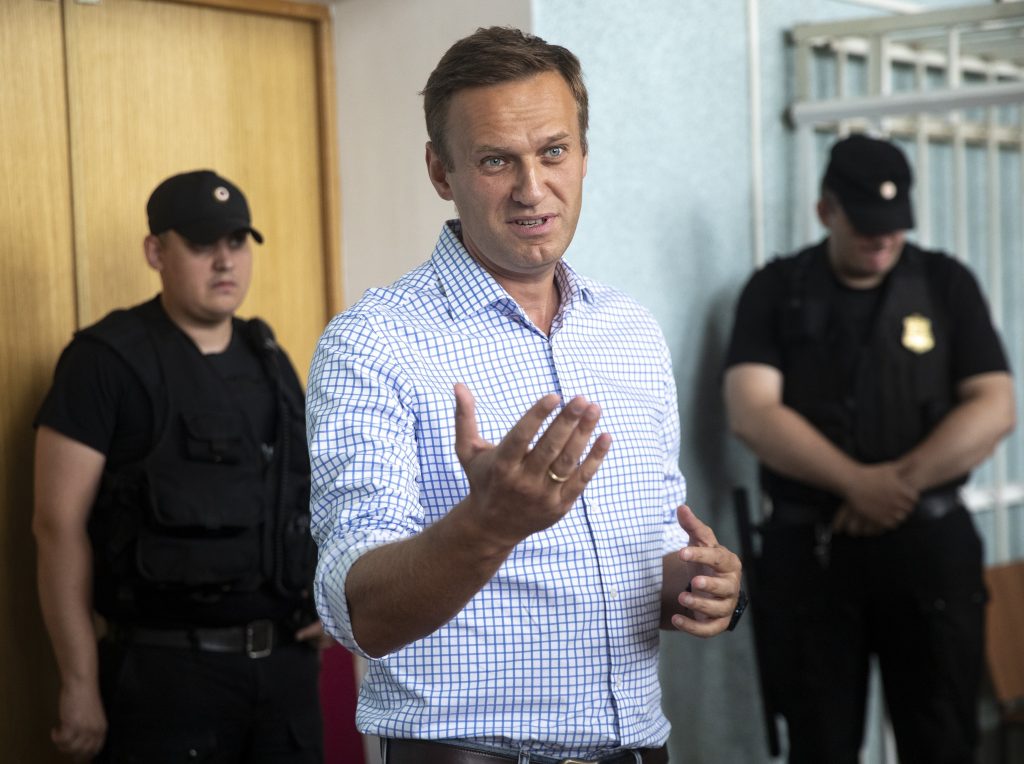 Russia’s opposition leader Alexei Navalny has been sentenced to 10 days in jail on charges of taking part in an unsanctioned rally.

A court in Moscow on Monday found Navalny guilty of violating rules for holding a rally last month.

The rally was part of a series of protests sparked by the arrest of a prominent investigative reporter on drug-dealing charges, which were dropped within days for lack of evidence.

Navalny is Putin’s most visible foe. He has served numerous jail sentences for his role in unsanctioned demonstrations.

Navalny tweeted from the courtroom that the sentence was “unpleasant,” but added that it’s necessary to keep protesting against authorities’ “lawless actions.”